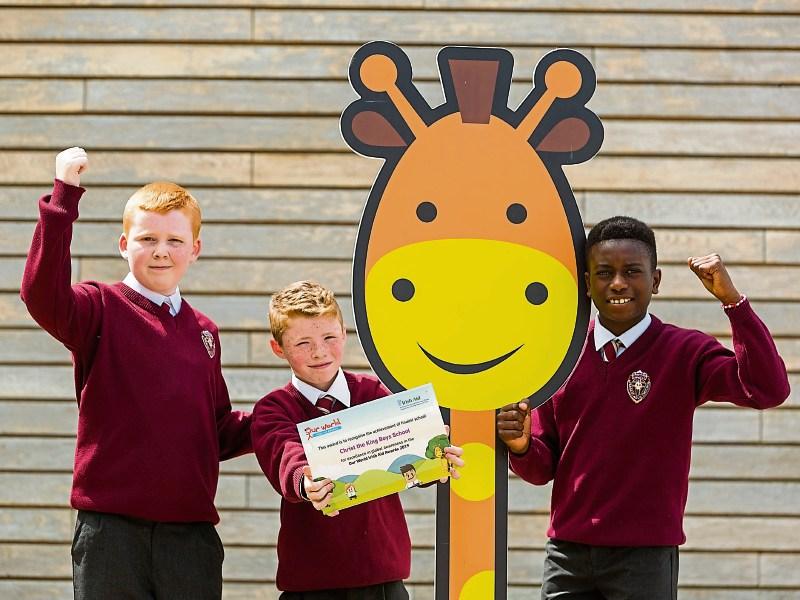 PRIMARY school pupils from three schools across Limerick have had great success at the annual Our World Irish Aid Awards.

Christ the King Boys School, in Caherdavin, and Crecora National School have made it to the national finals of the Department of Foreign Affairs and Trade’s flagship global citizenship programme, which are to be held in Dublin Castle.

“I would like to extend my warmest congratulations to the teachers and pupils at Crecora National School, Christ the King Boys School and Oola National School on their success at today’s regional final,” Minister of State Ciarán Cannon said.

This year’s entries showed exceptional creativity and understanding of the awards’ theme Leave No One Behind, Minister Cannon added.

“The Our World Irish Aid Awards, bring Irish Aid’s work to build better futures for some of the world’s poorest communities directly into the classroom, challenging the next generation to ensure that it is made an ongoing priority.”

“We all have a role to play in Ireland’s contribution towards the United Nations Global Goals for Sustainable Development, no matter how young or old we are.”

“Alongside 192 other countries, the part we play in achieving these goals will have a positive impact on the life of every citizen on this planet, as we all count equally. However, the biggest life-changing impact will be seen amongst the most vulnerable and especially those who live in developing countries.”

Now in its 14th year, the Our World Irish Aid Awards help primary school pupils learn about the lives of children and their families in developing countries.

All three schools attended the regional event at Mary Immaculate College which saw 15 primary schools from the region compete for three of 12 places at the national final, Best Regional Newcomer, and Special Distinction Awards.  Each entry was assessed on its creativity, understanding of the theme and its impact.

Pupils from Christ the King and Crecora will now travel along with pupils and teachers from 10 other primary schools across Ireland to Dublin Castle on Tuesday 11 June to showcase their projects as they compete for the overall Our World Irish Aid Awards trophy.