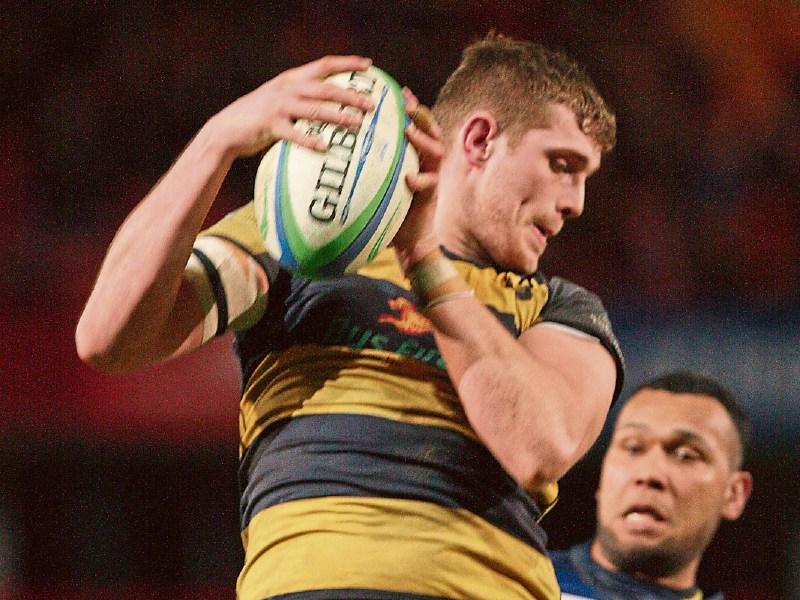 GARRYOWEN and Young Munster remain in the play-off places in Division 1A of the Ulster Bank League after Saturday’s fixtures.

While third-placed Garryowen were held to a 16-16 draw with Lansdowne at Dooradoyle, fourth-placed Young Munster recorded a precious 14-11 win away to Belvedere.

Munsters’ drew level on points with Garryowen as a result of their win and David Corkery’s side can move ahead of their Limerick rivals when the Greenfields side face Galwegians in a re-arranged fixture at Clifford Park on Saturday next, 1pm.

Meanwhile, in Division 1B, ninth-placed UL-Bohemian boosted their survival hopes with a much-needed 20-15 home win over Blackrock College in Annacotty.

There was disappointment for Shannon in the same division, however, as Marcus Horan’s side fell to a 20-18 reverse at the hands of Old Wesley at Donnybrook.

Meanwhile, leaders Old Crescent boosted their promotion hopes in 2C after recording a 52-19 thumping of Midleton at Rosbrien. Also in 2C, Bruff remain fifth following their 24-5 win over Boyne.

In the top flight, Garryowen scored first half tries from James McInerney and Conor Oliver to turn over on level terms, 13-13, with Lansdowne. Both sides managed just a penalty each in the second period, with Neil Cronin landing the ‘Light Blues’ three points.

A third Lyons penalty goal at the start of the final quarter sealed a hard-earned but vital win for the visitors.

In Division 1B, ninth-placed UL-Bohs moved 11 points clear of bottom side Belfast Harlequins with their first win in four Division 1B games and just their second success in six league fixtures.

Two tries from centres Rory White and Darren Moroney and 10 points from the boot of out-half Rick McKenna guided Gearoid Prendergast’s side to victory. All of UL-Bohs points came in the opening half.

Shannon lie sixth in 1B following their two point defeat at Old Wesley. Shannon, who led 8-5 at half-time, moved 13-5 clear in the third quarter, but were eventually reeled in by their opponents.

Shannon’s points came courtesy of tries from David O’Donovan, Richard Mullane and late on from Shane Airey. Shannon did have the chance to snatch a draw, but the conversion attempt for Airey’s try flew wide.

Meanwhile, in 2A, Thomond remain in the relegation play-off place following their 13-point home defeat to Malone.

Thomond, who led 7-3 at half-time, added a second half try from Aleksandr Slijepcevic which Fionn McGibney converted.