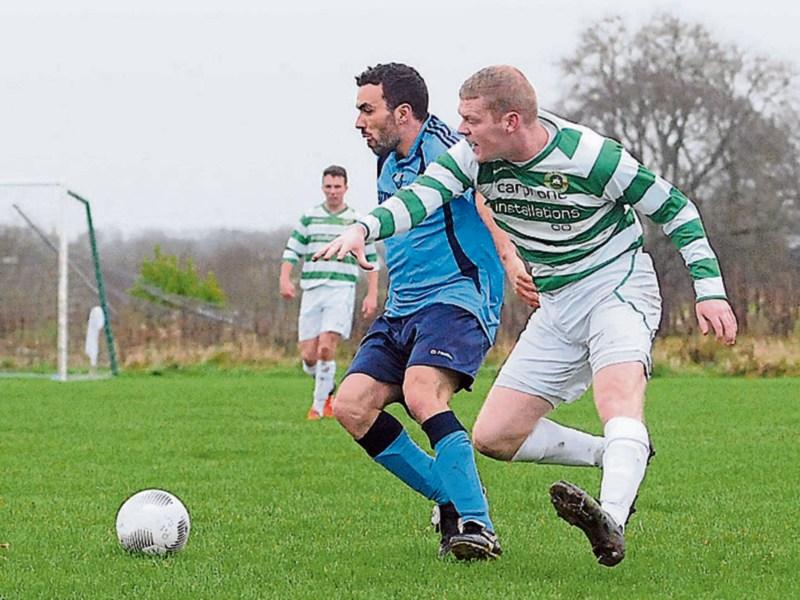 Regional United are on the road again, this time to meet Dublin AUL giants Kilbarrack Utd while Janesboro and Pike Rovers are favoured with home advantage.

There is no doubt Regional have drawn the short straw as they meet one of the top sides in Dublin.

They currently lie 4th in the Premier table, ten points adrift of leaders East Wall but have played five games less. More significantly, they have a game in hand on favourites Sheriff but trail them by eight points.

Regional were present to witness their most recent game, a 2-0 win over Hardwick in the Nivea Cup last Friday evening and will have done their homework for Sunday’s encounter.

The Dooradoyle side had the perfect preparation winning 4-0 against Coonagh in the Lawson Cup on Sunday.

It has often been the downfall of Limerick sides when drawn against Dublin opposition that they go into the tie feeling intimidated.

Luckily in recent times that inferiority complex has disappeared and local sides can make the trip confident that they can return with a result.

There is no doubting the task facing Regional on Sunday but they proven this season that they are a tougher proposition and could well post a memorable win.

Pike Rovers scored as facile 8-0 win over Doolans Cow in the Munster Junior Cup last weekend but will find the going tougher on Sunday when they welcome Tipperary side Clonmel Celtic.

They lost to Peake Villa at the weekend but will not need any motivation for Sunday's game.

Pike have been in good form of late and will be favourites for the tie. Colin Daly missed a number of games through injury but showed his worth on Sunday scoring four of his side’s goals. Along with Cian Collins and John Connery they form a potent threat up front.

Injury to Wayne Colbert is a blow to the Hoops but the form of Pat Mullins and Sean O’Callaghan goes some way to compensate.

Janesboro also had a comfortable win on Sunday, advancing in the Munster Junior Cup with a 4-0 win over Tramore. They welcome Galway side Salthill Devon to Pearse Stadium and are favoured to advance to the last eight.

Salthill were promoted to the Galway Premier League this season and have been finding the going tough. They are mid table after five games and come into Sunday’s tie on the back of a 2-1 defeat to Athenry on Friday evening.

Janesboro's goals are being spread across the park and last Sunday it was the turn of Shane Waters to bag a hat trick. The ‘Boro wide man is in terrific form of late and on his day is a match winner. Allied to the threat posed by the Clarke brothers, Arron Nunan and John Tierney it makes ‘Boro a daunting prospect for most sides.

The home side just need to guard against complacency but you feel if they can keep the game at a high tempo the visitors will struggle to keep apace.

In the Premier League focus is on the bottom half where Moyross host Aisling Annacotty and Summerville Rvs try to play Mungret Regional in a game that has been postponed four times already. There is an exciting FAI Youth Cup 4th Round tie with two local sides clashing as Nenagh AFC host Fairview Rgs while in the Lawson Cup Fairview Rgs host an in form Caherconlish side and Granville Rgs are at home to Lisnagry.