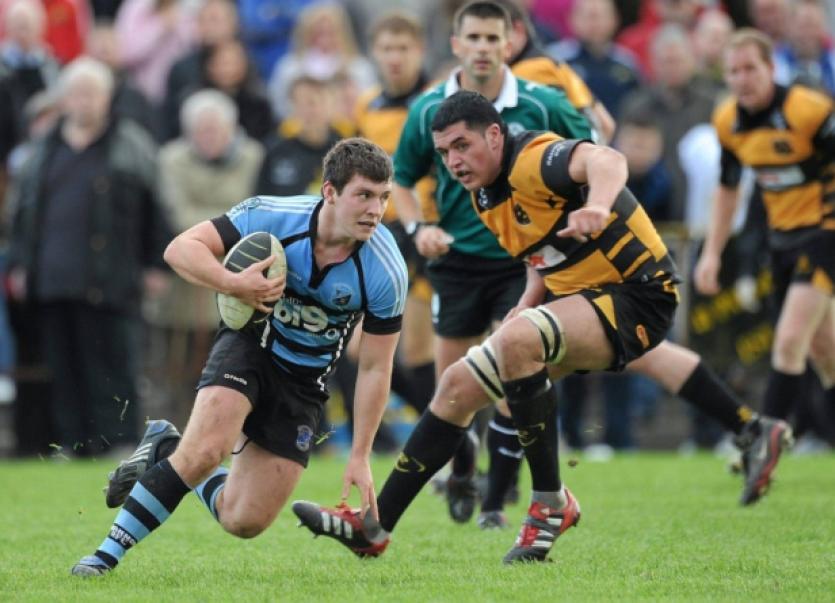 HOLDERS UL-Bohemian and Shannon – two sides relegated from Division 1A of the AIL at the end of last season – have won their way through to contest the final of the Limerick Charity Cup this weekend.

HOLDERS UL-Bohemian and Shannon – two sides relegated from Division 1A of the AIL at the end of last season – have won their way through to contest the final of the Limerick Charity Cup this weekend.

UL-Bohs produced a grandstand finish to deny a gallant Old Crescent side on a 20-17 scoreline in their dramatic semi-final clash at Annacotty, while Shannon turned the tables on old rivals Young Munster 16-13 at Coonagh to set up their final showdown in the traditional season-opening competition.

This was the second successive weekend that UL-Bohs had to produce a storming late comeback to advance, as the Red, Red Robins had denied Bruff late on in their quarter-final tie.

Backed up a stiff breeze, Old Crescent – who had defeated Thomond at the last eight stage – helped the upperhand through the opening half. Impressive out-half Shane Mullally kicked penalty goals in the third, ninth and 14th minutes to help the Rosbrien side build a useful 9-0 advantage.

Crucially, Derek Farrell landed a second quarter penalty for the home side to reduce Crescent’s half-time advantage to six points at 9-3.

Credit Old Crescent though who increased their advantage five minutes into the second half through a try from Sean Cunningham. That five-pointer left the visitors enjoying a commanding 14-3 lead.

Back came UL-Bohs, and after some persistent pressure inside the Crescent ’22, the vastly experienced Mossie Lawler crossed for a crucial try. Fifteen minutes later, Colm Tucker’s side were right back in the contest when Ian Condell notched his side’s second try of the afternoon.

A Shane Mullally penalty goal stretched the Crescent lead to four points. However, UL-Bohs snatched victory from the jaws of defeat when Paul Bolger crossed for a decisive third try for the home side which Farrell converted.

There was also plenty of drama across town an Coonagh, where Young Munster where last season’s beaten finalists Young Munster were hoping to reach another Charity Cup decider.

However, resilient Shannon had other ideas. The home side built a useful 6-0 lead with penalty goals from Rob Guerin and Tadhg Bennett.

Munsters’, who had beaten Richmond in the quarter-final on Tuesday night, hit back with eight unanswered points through a Brian Haugh try and earlier penalty goal from the same player to lead 8-6.

Neither side could manage any further score before the interval as John Staunton’s side maintained their slender two-point advantage at the break.

Shannon made an excellent start to the second half when the experienced David O’Donovan crossed for a fine try. Rob Guerin’s successful conversion helped the home side build a five-point lead at 13-8.

The next score was always going to be crucial in this tight affair and it fell to Shannon when Guerin kicked his second penalty goal of the game.

That score helped the Coonagh side move two scores ahead at 16-8. To their credit, Young Munster battled bravely through the closing quarter to try and close the deficit. Shannon defended stoutly until Mike Madden crossed for a late try for the Clifford Park outfit.

Despite the concession of that score, Shannon had done enough to book a final meeting with UL-Bohs.