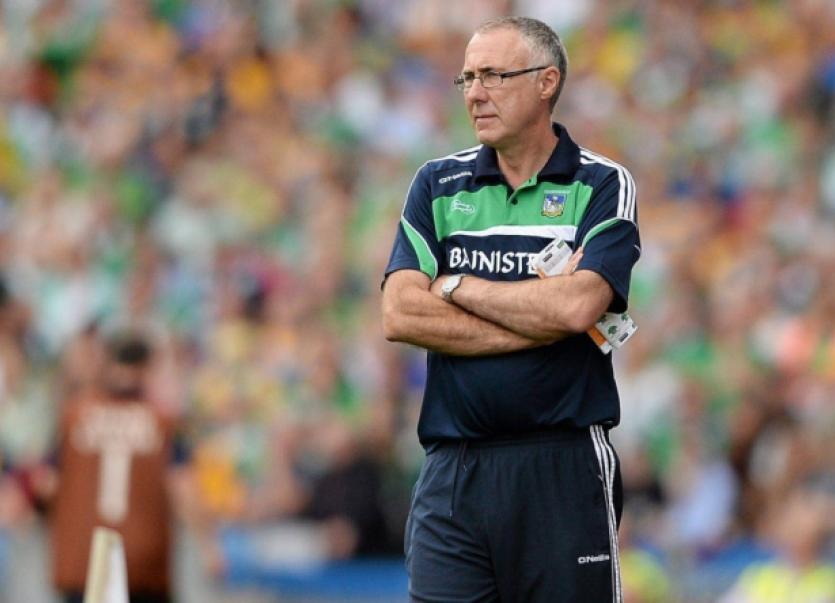 THIS Tuesday is decision day for John Allen.

THIS Tuesday is decision day for John Allen.

Limerick GAA officials are awaiting a decision from Allen, as to his future as Limerick senior hurling manager.

Allen met with Limerick GAA officials last Wednesday but no decision was made as to his future on Shannonside.

The September meeting of the County Board takes place this Tuesday night in Claughaun, where the future of Allen will be on the agenda.

It is understood that Allen is to communicate his future plans to Limerick GAA officers in advance of the meeting.

Allen worked with TV3 over the weekend as part of their All-Ireland hurling final coverage and when questioned on his future, he said that he was still undecided.

After last week’s meeting between Allen and Limerick GAA officers, the County Board issued a statement.

“The senior hurling management met with the County Board officers this Wednesday evening. A further meeting will take place after the weekend and a decision will be made for the 2014 season,” read the statement.

“The County board chairman Oliver Mann hopes to be in a position to update County committee at the next meeting on Tuesday, September 10 on the position.”

Limerick GAA chairman Oliver Mann continues to reiterate that it is the wishes of the County Board that Allen remains at the helm. It is also understood that the players want Allen to remain for another term.

Since the disappointing Croke Park loss to Clare, rumour has suggested that Allen was ready to leave Limerick.

When in charge of his native Cork almost a decade ago, Allen only stayed the two years that he agreed to.