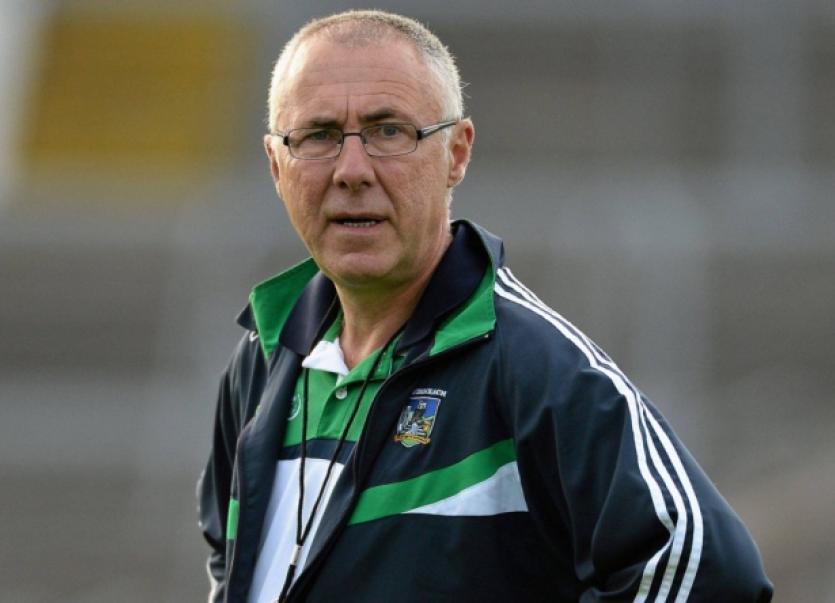 LIMERICK GAA officials are hoping to be in a position to rubber-stamp the county’s new hurling manager at the next County Board meeting on October 8.

LIMERICK GAA officials are hoping to be in a position to rubber-stamp the county’s new hurling manager at the next County Board meeting on October 8.

The search to replace the out-going John Allen began within minutes of the confirmed departure of the former Cork All-Ireland winning manager.

“There are no restrictions,” said Limerick GAA chairman of the remit given to the five man sub-committee appointed to find Limerick’s fourth senior hurling manager in five years.

“The only thing I hope is that they bring back the best available candidate,” stated Mann.

“We have great players and it is imperative we provide the best we can for them.”

Woulfe, Fitzmaurice and Quigley were all involved in the appoint of Allen and Donal O’Grady.

The sub-committee are to bring an entire management team back to a full County Board meeting to be ratified by the clubs of Limerick.

Confirmation of Allen’s departure came by way of two prepared statements read to this Tuesday night’s September County Board meeting in Claughaun.

The chairman told the club delegates that Allen only confirmed his decision to leave at lunch-time on Tuesday.

Mann and Donal Morrissey had met with Allen on the previous Wednesday and appealed to him to remain for another term.

However, all indications were that Allen was to stand by his initial two year contract, as he had done when in charge of his native Cork almost a decade ago.

“While obviously disappointed that John has decided not to seek the extension to his term, all involved in Limerick GAA respect his decision, thank him unequivocally for his time as Limerick manager and wish him every success in the future,” read the Limerick GAA statement.

“Limerick GAA will immediately begin the process of identifying a new Limerick senior hurling manager that can help build on the undoubted progress made under John Allen’s tenure as manager.”

The statement concluded: “Limerick GAA would finally like to take this opportunity to once again thank all the Limerick fans for the colour, passion and commitment they showed throughout the season and look forward to their continued support in 2014”.

The departure of Allen means that not since the end of Eamonn Cregan’s tenure in 2002 has a Limerick senior hurling manager served a full three year term.

Donal O’Grady and John Allen have certainly brought the preparations of the Limerick team to a new level and it is not the task of the five man sub committee to ensure that they source a candidate that will ensure Limerick remain a serious contenders for Munster and All-Ireland senior hurling honours.