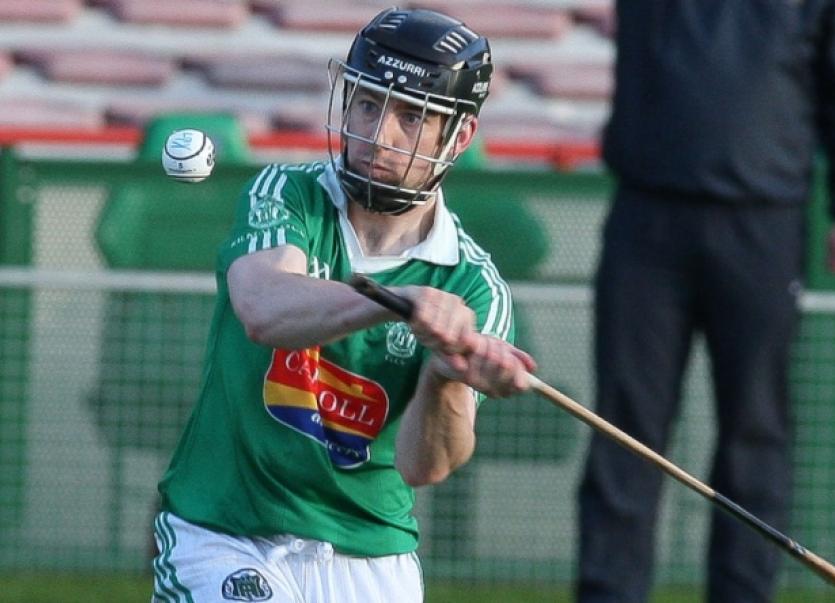 CHAMPIONS Kilmallock put their Limerick SHC title on the line this Sunday when they play Na Piarsaigh in the semi-final in the Gaelic Grounds at 3.30.

CHAMPIONS Kilmallock put their Limerick SHC title on the line this Sunday when they play Na Piarsaigh in the semi-final in the Gaelic Grounds at 3.30.

For the second successive year the big two meet at the semi-final stage of the Limerick SHC.

Ahead of Sunday’s clash they remain the top two in the betting to lift the Daly Cup with champions Kilmallock at 11/8 and 2011 winners Na Piarsaigh at 13/8.

From the outset of the championship few would have looked outside of the duo as potential champions.

From a neutral perspective a repeat of last year’s eight goal thriller would be most welcome, especially after four disappointing club quarter-finals.

Last year Na Piarsaigh carried at the semi-final stage as Limerick and Munster club champions but hadn’t reached the heights of the previous season and were carrying a lot of persistent injuries.

This time round, it appears that Kilmallock are in that position.

Perhaps the best thing to happen the city side was their loss to Doon.

That certainly appeared to focus the mind and it also brought about a number of positional switches in the team that have brought a greater balance to their line-up.

Free from the complications of their five inter-county seniors, the Caherdavin men should be ideally positioned to bring their game to the next level.

Their last two games against Patrickswell and Ahane have seen the Light Blues back close to their best and they are also battle-hardened by a tough championship campaign.

All has been a lot more straight forward for Kilmallock and that lack of a serious test could yet count against them, as it did back in 2011.

If all report fully fit, much interest would centre on the starting positions of The Balbec with Gavin O’Mahony utilised at centre forward and Philip O’Loughin at centre back in the group games.

Much could depend on the respective line-ups, with both carrying key injuries.

Na Piarsaigh could be without Limerick inter-county player Alan Dempsey. The midfielder with the Caherdavin men sustained a shoulder injury in their quarter-final win over Ahane.

Definitely out is wing forward John Madden, who broke a thumb in that game.

Champions Kilmallock have four players on the treatment table.

“We really don’t know how we stand. Of course we want our strongest team on the field so we will wait and see close to the weekend but it’s not ideal when lads aren’t able to train,” explained Tony Considine.

Certainly its a contest that should bring a crowd and shouldn’t disappoint.

Gavin O’Mahony remains the heartbeat of this Kilmallock team. Used at centre forward earlier in the year, O’Mahony was returned to centre back the las day. Inter-county colleague Shane Dowling could be his direct opponent and a dominant performance from the U-21 player would be necessary to put the city side on top.

Kilmallock are favourites at 5/6 with Na Piarsaigh available at 11/10.

Kilmallock arrive at the semi-final with a 100% record and wins over Hospital-Herbertstown, Ballybrown, Effin and Knockainey. Na Piarsaigh lost to Doon in the group stages but then beat Granagh-Ballingarry, Patrickswell and Ahane to reach the last four.