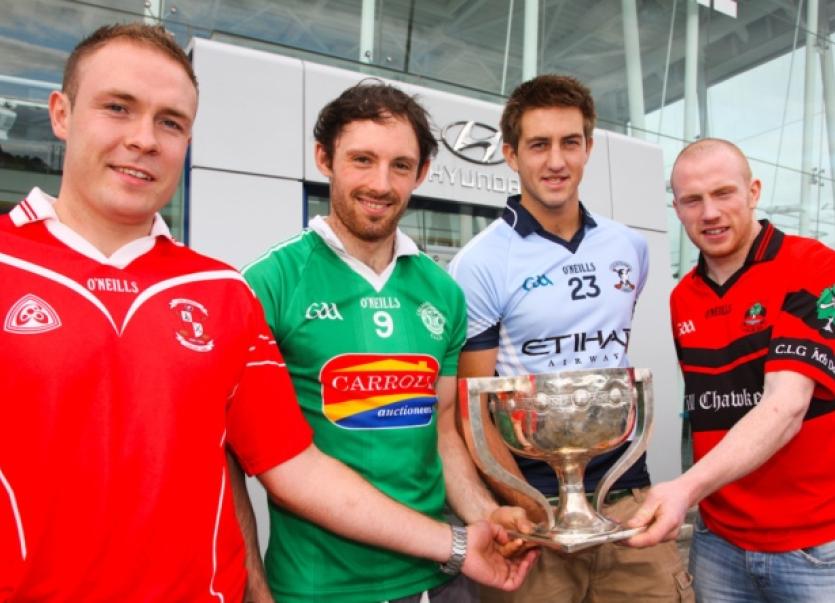 East Limerick side, Doon return to the last four for the first time since 2006.

On that occasion they lost 1-13 to 0-13 to eventual champions Bruree.

They came to the Gaelic Grounds that day without injured inter-county duo Denis Moloney and Mike Fitzgerald.

This time round Doon report a clean bill of health, with Eddie Kiely now an option after returning to action last weekend for Oola in the Limerick IHC.

But he could be held in reserve, along with Dean Coleman, who has developed a welcome knack of entering the fray to score important goals.

Coleman, Micheal Ryan, Mike Fitzgerald and Ger McPartland will play a big role for Doon, who perceived weaknesses in an Adare full back line that was exposed a number of times by Ballybrown in the quarter-final.

But still the facts show that Adare have conceded just two goals all season.

At the other end of the field, the Adare full forward line will also look to carry a goal scoring threat with Willie Griffin and Declan Hannon the main goal threats.

As underdogs, Doon will need a good start and as they showed against Ballybrown, Adare will not panic and call upon all their experience to weather the storm.

Dave Keane and Co will have the target the Doon half back line where Richie English, Cathal McNamara and Denis Moloney have been impressive.

Paul Keane could return to centre forward after playing No14 against Ballybrown. Conor Fitzgerald and Diarmuid Sexton could fill the wing forward roles and the battle of this sextet could be the deciding factor.

Both midfields are mobile, with John Fitzgibbon one of the standout players so far. His battle with Darragh O’Donovan could be interesting in a game where many match-ups are intruiging.

I expect Doon to throw everything at this time but in a similar trend to the quarter-final Adare will soak up the early pressure and eventually return to the Limerick SHC county final day.

When the going gets tough its the team captain that rolls up the selves and leads from the front. George Allis is likely to play centre forward and will have played a big role in a potential win by nullifying the influence of the inter-county centre back.

It is the quarter-finals of 2009 since these sides met in the championship. On that occasion Adare were 2-16 to 2-11 winners enroute to another Limerick SHC title.