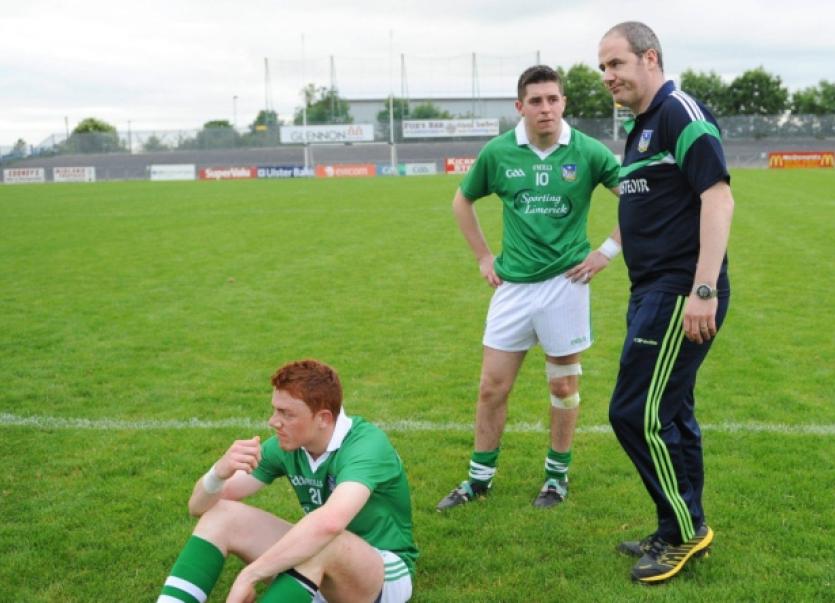 Horan has informed the Limerick County Board and Limerick Football Committee that he has decided to end his tenure on the back of last weekend’s All Ireland Qualifier loss to Longford and the Munster championship loss to Cork in May.

Confirming his departure, Horan thanked all who contributed to Limerick football during his three years as manager. He thanked the football and county board officials, and also clubs throughout the county that co-operated with his management team as well as members of the local media.

“I would particularly like to thank those people who worked in my management teams, as selectors, physios, medics, coaches, statisticians, equipment managers and the various other roles that are part and parcel of modern-day management,” he said.

“It would be remiss of me not to mention Joe Lee, Newcastle West, who has been a selector for the full three years, and who has contributed enormously.”

“I would also like to thank my family and friends who supported me during three very enjoyable years, most notably my wife Brid, who has been extremely patient and understanding.

“Finally, I want to thank the players. They have given so much in their desire to bring Limerick football to the top. They enjoyed great days – such as the 2011 win over Wexford, and the historic Croke Park appearance – and I hope they will look back on their period in their footballing careers with fondness. Many of them have given distinguished service to the Limerick jersey. Hopefully this group, or some future group, will achieve that elusive Munster title.”

The Mayo native served three years in the position - 2011-2013. In 2010 he served as U-21 manager and senior selector under Mickey Ned O’Sullivan when Limerick won the NFL Division 4 title and in 2011 he assumed the dual role as Senior and U-21 boss.

He led Limerick to the county’s first every All-Ireland Football Quarter-Final in Croke Park after a momentous victory over Wexford in 2011 and managed Limerick to another Division 4 league title again this spring.