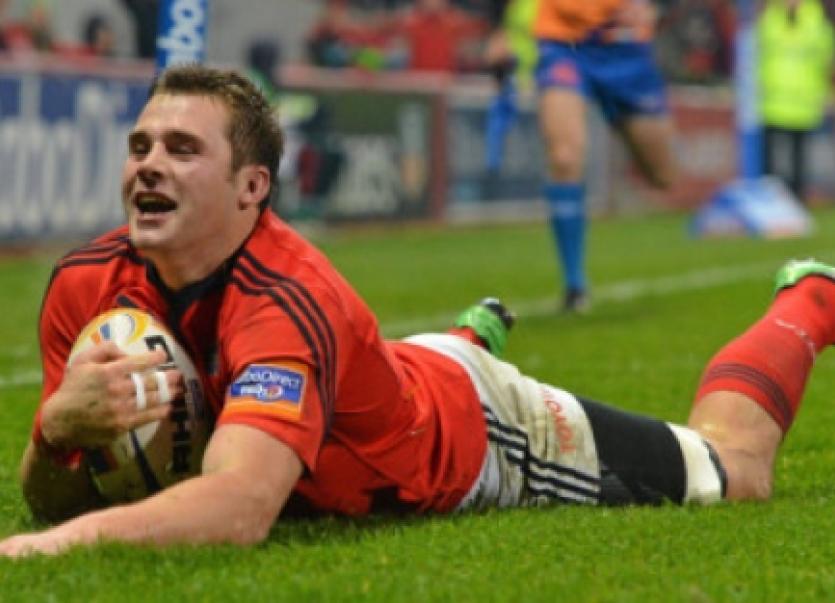 HOLDERS Munster ‘A’ will be aiming to complete a hat-trick of wins over Leinster ‘A’ when the province’s lock horns in the semi-final of the British and Irish Cup at Garryowen FCs, Dooradoyle grounds this Friday night, April 26, at 7.30pm.

HOLDERS Munster ‘A’ will be aiming to complete a hat-trick of wins over Leinster ‘A’ when the province’s lock horns in the semi-final of the British and Irish Cup at Garryowen FCs, Dooradoyle grounds this Friday night, April 26, at 7.30pm.

Ian Costello’s Munster A side defeated Leinster twice in the inter-pro series already this season, including an exciting victory over their old rivals at UL last month, a game which marked Paul O’Connell’s comeback from injury.

However, Costello, who is also the skills coah with Munster’s senior side, believed the Cup holders will have to improve their perofrmace level significantly to reach another B&I Cup final.

Ian Costello said: “We will give Leinster a lot of respect, but we won’t fear them.

“We just put a little mantra out there this week about how difficult it is to beat one team, a quality team, three times in the same season.

“They are going to be hurting, so we make sure that that is immaterial, that if we look after ourselves, from my point of view, if we look for that extra 15-20% and get the performeance we want, the result will look after itself. That is our approach for this week.”

“This time last year, we played Leinster in the semi-final in Dublin and beforehand people were talking about certain Leinster players. The Irish management was there But after wthe match, they wanted to know who Dave Kilcoyne, Paddy Butler and Luke O’Dea were. They were the three stand-outs. Luke is unfortunately injured now, but Killer (Dave Kilcoyne) is a starter with the senior side and Paddy Butler is on the bench.

“The A team is about several things. It creates a pathway for these guys to get into the senior team, but it’s also about winning silverware as well.

“We will be approaching this game with the expectation that we expect to win, the same way that we approached the semi-final last year.

“We have learned a lot from losing to the Cornish Pirates two years ago. It has bee n an interesting process and journey. Our focus will be on getting as prepared as we can.

“If we get a game close to last year’s semi-final meeting with Leinster A it will be a fantastic spectacle to watch in Dooradoyle on Friday night. Anyone who was at the game last month at the UL Bowl saw quality rugby.

“Dooradoyle is an ideal venue to generate a top quality atmosphere.”

Costellos faces a hectic weekend schedule as he flies out to Montpellier to join up with the Munster senior squad on Saturday morning.

Costello said: “The senior squad fly out on Friday, but I stay behind as we have our A game. I head down to Cork after the game and fly out to Montpellier Saturday morning.”

Tickets are priced at €10 for adults and €5 for juniors.