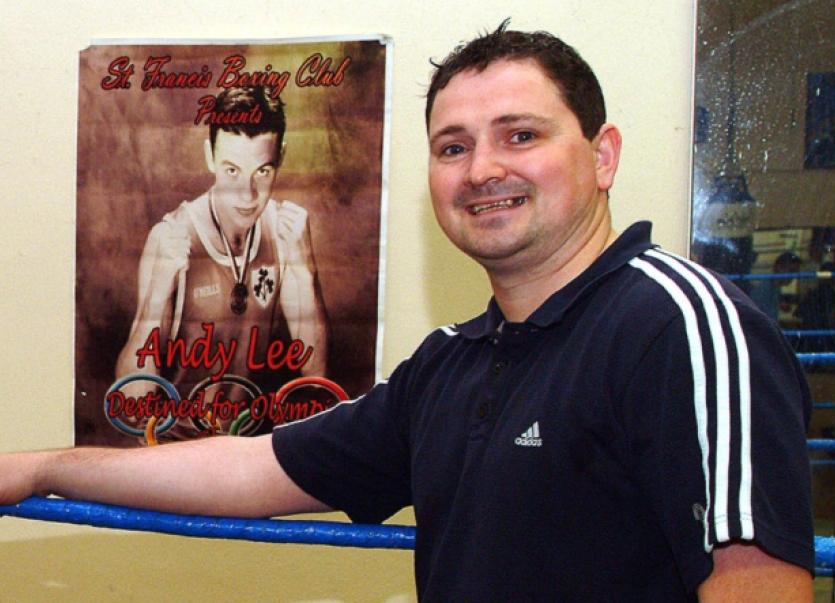 BOXING in Limerick is set for an explosion in interest on the back of Andy Lee’s WBO title fight in Thomond Park.

BOXING in Limerick is set for an explosion in interest on the back of Andy Lee’s WBO title fight in Thomond Park.

That’s according to Ken Moore of St Francis Boxing Club.

Over 17 years ago Andy Lee first walked into the boxing club and his amateur career culminated in the 2004 Olympics before turning professional.

“This is going to be great for Limerick and for boxing especially. Here we have Andy Lee, a Limerick man, a world champion and a really nice guy - a great role model. Boxing in Limerick is big at the moment but its really going to take off after this. For young and old its great - my phone hasn’t stopped. Where can I get tickets - Ticketmaster I just keep saying when I answer the phone!” said Moore, a former Lee coach along with Finbarr O’Brien and others in St Francis BC.

“The buzz is going to be great - 34,000 is the final number that they are looking to and I have no doubt it will sell out. This is going to be amazing - we have never seen anything like this before. It’s like Andy said, this is a once in a lifetime thing.”

Moore joked that St Francis could soon be looking to build and extension with interest levels continuing to increase.

“Since he came into the club at 14 years of age there was something very special about him. It’s gained us recognition and numbers and everyone wants to emulate what Andy Lee has done, they want to be middleweight champion of the world,” said Moore.

“I’ve known Andy since he was 14 years of age and this is not a sound bite he honestly said he would win the world title and come home to Shannon and then defend it here. I can remember before he went to the Olympics (2004) Munster brought him to Thomond Park and onto the pitch and he was blown away and especially with Stand Up and Fight and that got under his skin. The week after he said I will fight there one day,” recalled Moore.

“He is a fantastic athletic, a fantastic boxer but a better person. Anyone who has met Andy will tell you he is one of the nicest guys you will ever meet - he is what every athlete should be - focused, determined but very respectful and giving of his time,” praised the former coach of his star pupil.

Tickets ranging from €30 to €500 continue to sell from Ticktmaster outlets and Moore insists that September 19 won’t disappoint.

“They are two very good fighters and its going to be a great fight and a great night for Limerick,” he said.

“We can imagine what it is going to be like - the build-up and buzz will be fantastic. The people and sporting people of Limerick are going to come out in their droves and get involved and be there to support him.”