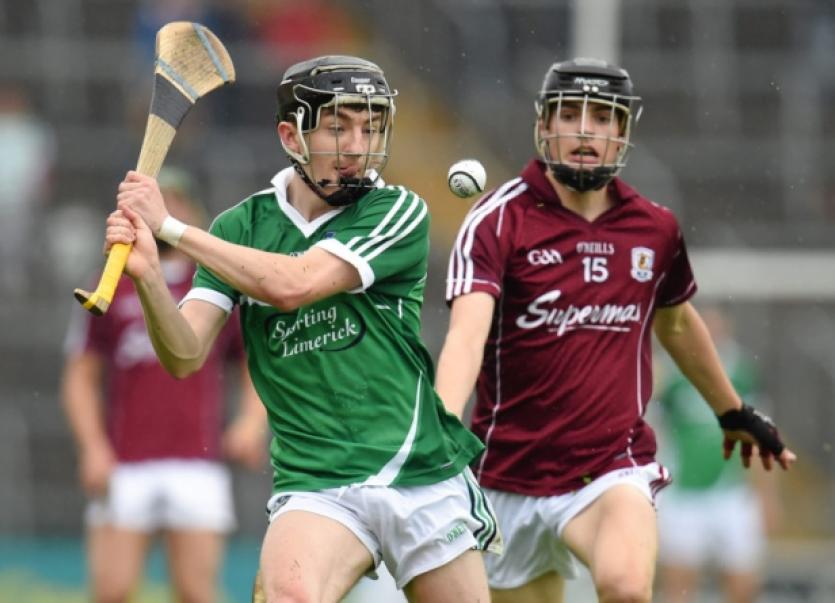 THE Limerick minor hurlers have bowed out of the All Ireland MHC after a 1-14 to 0-13 defeat to Galway this Sunday in Thurles.

THE Limerick minor hurlers have bowed out of the All Ireland MHC after a 1-14 to 0-13 defeat to Galway this Sunday in Thurles.

This quarter final was settled with a second half goal from Galway in a tight tense contest played in terrible wet conditions in Semple Stadium.

Limerick surprised many with regular centre back Paddy O’Loughlin at full forward, a position he plays for the Kilmallock seniors. Seamus Flanagan went to wing back in the reshuffle with Conor Houlihan at no6.

Limerick played against the breeze in the opening half and trailed 0-9 to 0-8 at the break.

It was a half in which they trailed 0-9 to 0-4 after 12-minutes but finished strongly to leave just the minimum between the teams.

Galway set up with corner forward Sean Loftus playing as a sweeper in defence and Limerick found it difficult to break down for periods.

Galway were 0-4 to no score clear after seven minutes in a period were a Peter Casey free was the only Limerick side of the half.

It was the eighth minute when Cian Magner Flynn had Limerick off the mark.

Peter Casey followed but Galway were 0-5 to 0-2 to the good after the end of the first 10-minutes.

Successive points from Magner Flynn and Kyle Hayes saw reduced the gap to the minimum but then came another purple patch from the Tribesmen with another run of four points in a row. That had them 0-9 to 0-4 clear with nine minutes left in the half.

Then came key positional switches from Limerick with O’Loughlin going to wing back and Flanagan to wing forward.

Immediately Flanagan set up Barry Murphy for a fine point and it was to set Limerick in motion.

Just before this were points from Mickey Mackey and Casey (free).

The half ended with a long range free from captain Eoghan McNamara to leave just the one point between the sides.

Galway increased the gap on the change of ends.

It was 11-minutes before Limerick were on the mark with Peter Casey pointing.

But the key Galway goal came in the fifth minute of the second half when Jack Grealish goaled.

Three further points followed for Limerick all from placed balls to leave just a goal between the teams with five minutes to play.

But up the field went Galway to open a four point lead again.

Jack O’Grady had a late Limerick point but the necessary goal never came.