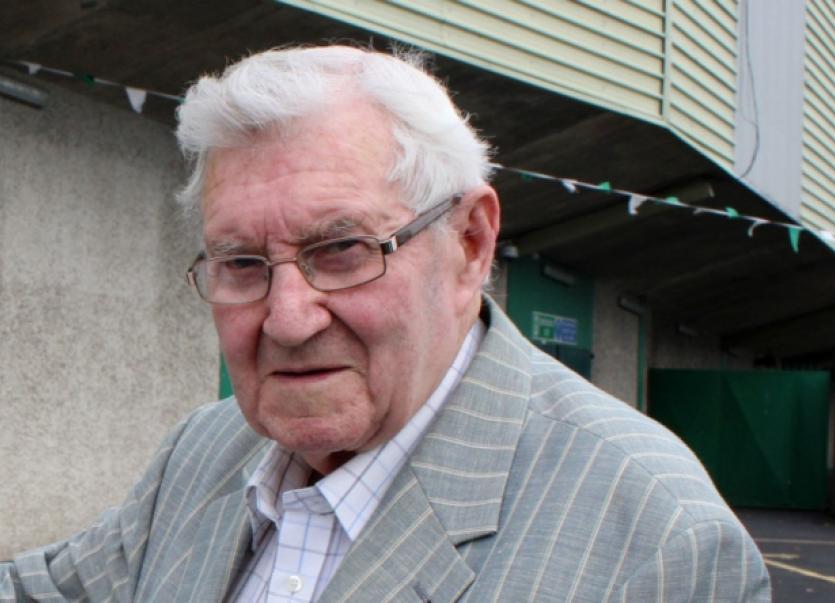 Limerick have been without a President since the death of Galbally’s PS O’Riain on New Year’s Day in January 2011.

This Tuesday’s monthly meeting of the Limerick County Board rubber-stamped the new role for Feenagh-Kilmeedy’s Kiely.

This Spring’s Annual Congress in Cavan signalled an end to 48 years of County Board service for Kiely when his five year term as Limerick GAA’s Central Council delegate ended and he was replaced by former Limerick GAA chairman Denis Holmes, who was unopposed for the role.

“This is an honorary position and it is certainly an honour to get it,” said Kiely.

“It is nice to have all my achievements acknowledged here tonight for my work at club, county provincial and national level,” said Kiely in his acceptance speech.

Limerick GAA chairman Oliver Mann led the tributes to Kiely, who was elected unanimously after the wishes of the County Board officers were proposed and seconded by Jim Dooley and Leo Morrison.

“I would like to congratulate Rory on his elevation to the Presidency of Limerick GAA, and I hope it’s a position he remains in for some time,” said Mann.

Kiely’s involvement with the GAA stretches back to 1953 when he was elected secretary of his native club Feenagh-Kilmeedy.

His six decades of service also saw him serve three years as a trustee of the GAA.

On the field of play, Kiely won three Limerick SHC titles - one with his club and two with divisional side, Western Gaels.