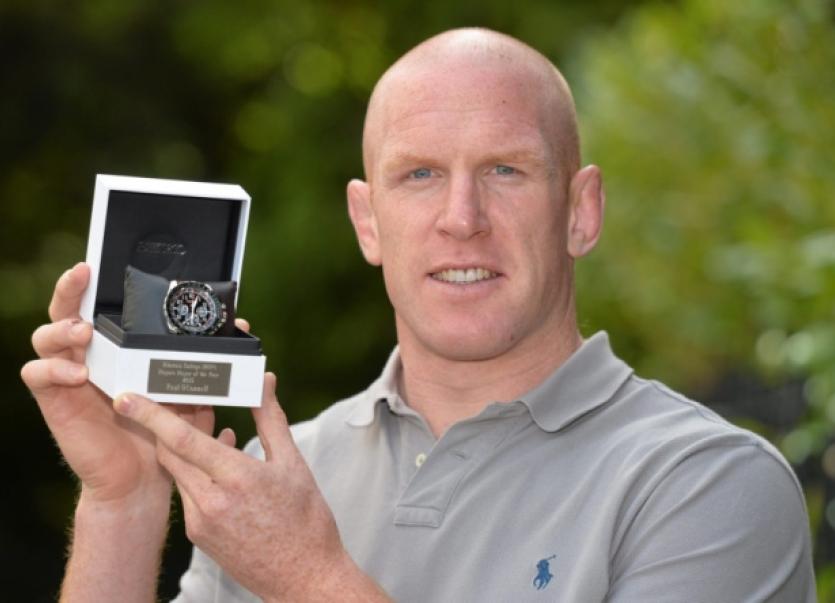 MUNSTER and Ireland legend Paul O’Connell was voted the 2015 Hibernia College IRUPA Players’ Player of the Year by his fellow players at the 13th annual IRUPA Awards ceremony on Wednesday night.

MUNSTER and Ireland legend Paul O’Connell was voted the 2015 Hibernia College IRUPA Players’ Player of the Year by his fellow players at the 13th annual IRUPA Awards ceremony on Wednesday night.

Ireland captain Paul O’Connell has enjoyed a terrific season, starting all of Ireland’s RBS 6 Nations games and earning his 100th cap for his country against Wales. This is the second time O’Connell has won the prestigious IRUPA award, taking the honour almost a decade ago in 2006.

Paul O’Connell: “It is really great to win this award, it’s hard to believe it is nine years ago that I last won it! It’s been a fantastic season for Ireland and winning my 100th cap during the Six Nations was really special, so this tops it off nicely.”

As well as the honour of being Player of the Year, O’Connell and all the winners received a Seiko watch kindly provided by Seiko and Fields Jewellers.

Connacht and Ireland’s Robbie Henshaw has been named the Nevin Spence Young Player of the Year for the third season in succession, making him the only winner to claim three awards in a row.

Connacht stalwart Michael Swift was awarded the Hibernia College Medal for Excellence, which rewards on-field effort combined with off-field commitment to the game.

The Zurich Contribution to Irish Society award was presented to Alan Quinlan in recognition of the significant impact made to society through his work raising the profile of mental health and depression in Ireland.

The BNY Mellon Women’s Sevens Player of the Year for 2015, as voted for by members of the Ireland Women’s Sevens squad, was presented to Lucy Mulhall for her consistent performances.