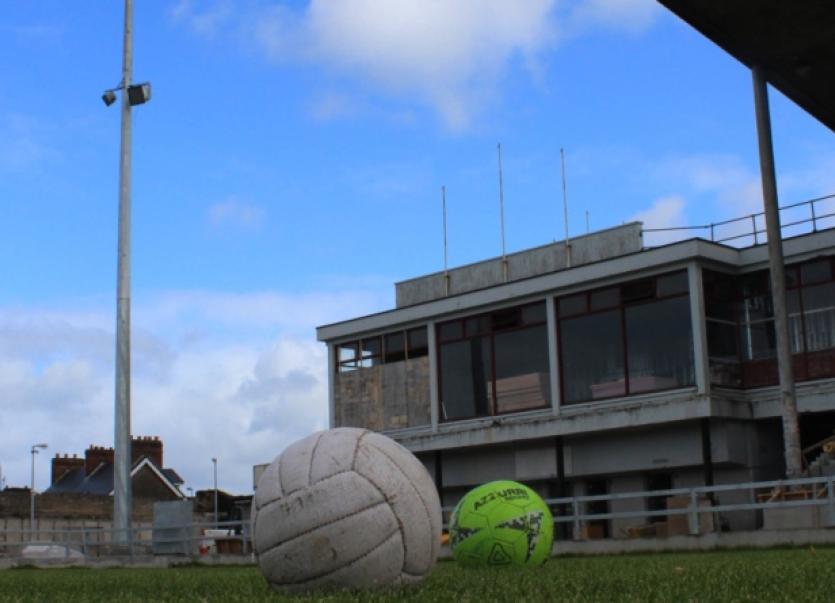 REDEVELOPMENT work on the Markets Field Stadium remains on track to be completed in time for Limerick FC’s to stage their SSE Airtricity League Premier Division clash with Drogheda United at the venue on June 5.

REDEVELOPMENT work on the Markets Field Stadium remains on track to be completed in time for Limerick FC’s to stage their SSE Airtricity League Premier Division clash with Drogheda United at the venue on June 5.

When redevelopment work is completed at the end of this month, the Markets Field will be a Category 2 UEFA stadium with a capacity of 3,075.

George Lee, of the LEDP, who is project leader on the Markets Field redevelopment, explained: “We are now four weeks out and the whole project is progressing right on target. I am absolutely satisfied the stadium will be ready for Limerick FC’S fixture with Drogheda Utd on June 5. Our design team have given us every assurance. We had a design team meeting on Monday and everyone is 100% telling us that this is going to happen on June 5.”

The redeveloped main stand at the Markets Field will have seating capacity for 1,340. Away fans will be facilitated on a demountable stand on the Geraldine Villas end of the ground.

George Lee said: “We have all the precast installed ready and waiting for the seating to be installed in the main stand over a period of a number of days. Around the same time the demountable stand for away supporters on the far side which will cater for 340-350 away supporters will be erected.

“The pitch surface is being manicured at this stage. The permanent markings have been put on it for the placement of the pitch. That allows us to draw the lines. The goal posts arrive over the next couple of days.

“Our floodlighting has been commissioned on one end and people will have seen them on the other night. All the wiring has been done for the end and we are working on the final ducting to connect up. That should be good in the next week or so.

“The dressing rooms are 95% there at this stage. The place is being painted. All the electrics are being completed at this stage. Our security system has been put in place.

“We are in the course of constructing a hospitality suite where the old bar was. That hospitality suite will be available to Limerick FC and to any other groups or organisation using it on match day. The hospitality will have the facility to take more than 100 people seated.”