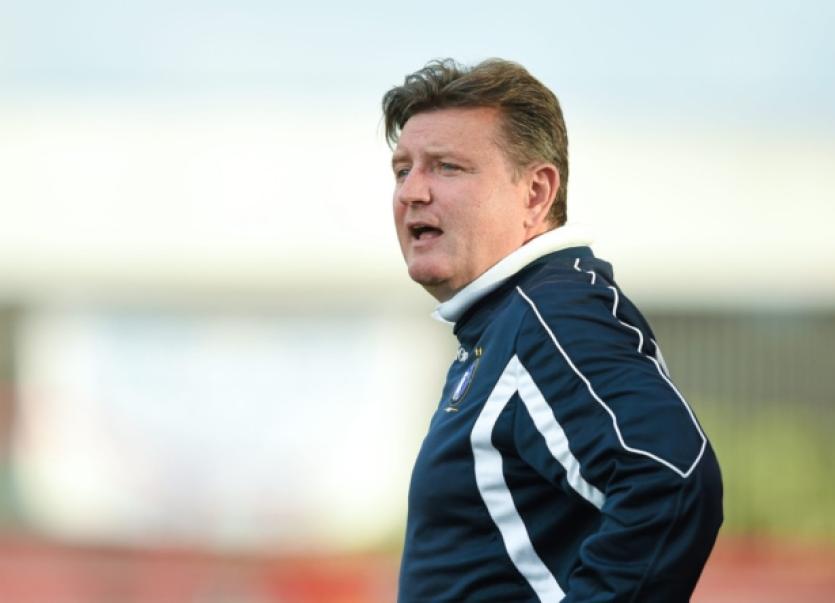 Limerick FC manager Martin Russell was delighted to see his side beat Cork City on Saturday to book their place in the Munster Senior Cup final.

Limerick FC manager Martin Russell was delighted to see his side beat Cork City on Saturday to book their place in the Munster Senior Cup final.

Limerick were 8-7 winners after penalties - after drawing 3-3 after extra-time - to get a timely boost ahead of the new Airtricity League Premier Division which starts next weekend.

The game was played in Askeaton and Limerick came from behind twice as Dean Clarke and then Robbie Williams cancelled out goals from Mark O’Sullivan and Liam Miller to force extra-time.

Captain Shane Duggan gave Limerick the lead for the first time three minutes into that period but Cork responded through substitute Karl Sheppard.

After Seán Harding was sent-off, the Leesiders had a chance to win it at the death but goalkeeper Conor O’Donnell produced heroics to keep it at 3-3 as he denied Billy Dennehy from the spot and then Sheppard on the rebound.

That set up a penalty shootout where 15 perfect spot-kicks were converted before Darren Dennehy hit the woodwork, sending Limerick through to the decider.

And, with the SSE Airtricity League Premier Division kick-off against Bohemians next weekend, Russell was thrilled with the team’s display and hopes they can carry it into the league campaign.

“The application from the group was first-class,” Russell said afterwards.

“To come back twice and ultimately win the game, albeit on penalties, was deserved. They really did put a shift in.

“We showed character to come back and then also when it looked like they may have snatched it at the end. All in all, there were more positives, but also we’re aware of stuff that we need to improve on.

“It was a remarkable double save from Conor. The things that led up to the goal we’ve got to acknowledge and say we probably didn’t need to give the free-kick away and then we didn’t defend it properly.

“But it was also at a harsh time where we had a man sent-off, unjustifiably I think, and we were down to ten men. But we seen it through and, as I said, more good things came out of the game and that’s pleasing.

“The pitch and conditions were difficult. There was a lot of passion in the game and both sides you could see wanted to win it.

“You couldn’t have asked for anymore from the group and how they applied themselves.

“If we can carry that into the season, I’d be hopeful that we’ll do well. The first game kicks off against Bohs; we want our supporters to come down and cheer the lads on. We’ll try like we did today, try to give everything that we have in the group and do well.”