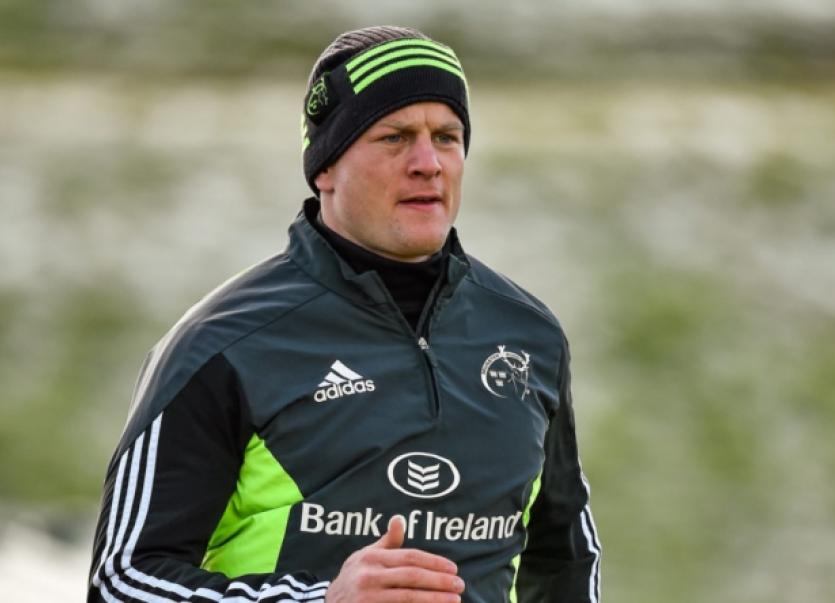 ASK Denis Hurley about Keith Earls deft flick with his foot in the lead up to his classy try against Glasgow on Saturday night and he jokes that the Limerickman should have caught the ball first time!

ASK Denis Hurley about Keith Earls deft flick with his foot in the lead up to his classy try against Glasgow on Saturday night and he jokes that the Limerickman should have caught the ball first time!

Joking aside, Hurley has been highly impressed with Earls’ form since his fellow former St Munchin’s College man returned from a knee injury in recent weeks. The 27-year-old is pushing hard for inclusion in Ireland’s match day 23 for the remaining RBS 6 Nations games.

Before the 6 Nations resumes on Saturday week, Earls and his Munster team mates are concentrating on this weekend’s crucial Guinness PRO12 clash with play-off chasing Ospreys at Liberty Stadium. Table toppers Munster face fifth-placed Ospreys in Swansea on Saturday at 2.40pm (Live on Sky Sports)

Hurley said: “Keith (Earls) has been an asset since the first day he walked into Munster. From the outset you could see the skill set he had, but he has honed them over the years too. He has had a long lay off and when he comes back he is so keen to get involved as quickly as he can.

“His pace is phenomenal too, but he is also a leader on the field. There is great communication from him too. He will always tell you when he is in space and that he wants the ball. He has done it over and over again and that is the kind of player he is.”

Hurley is enjoying the role of stand-in Munster captain while Peter O’Mahony is on Ireland duty.

“With the captaincy role, that was something that Anthony (Foley) decided on. He was happy with the way I was going and how I was progressing in some shape or form, so he looked to me for leadership really.

“I have a different style to other lads in the group, but it was just important in these blocks of games that whoever was taking us out, we had a group mentality of how we wanted to play and perform and so far we have been where we want to be.

“Obviously there were some parts of the games where we left things slide a little, but we hold ourselves in high esteem and we need to make sure we finish off tries and plays better. Whoever is in charge, there is a main group focus and I have just tried to add to that.”