Limerick footballers denied at the death by Wexford 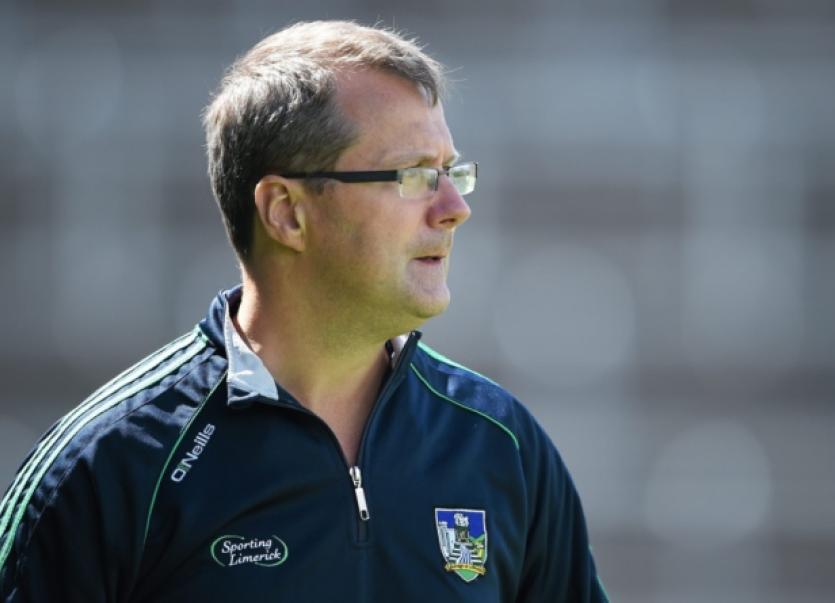 HEARTBREAK for the Limerick senior footballers at the final whistle of this 2-12 to 1-6 loss to Wexford, which saw John Brudair’s Shannonsiders drop deep into relegation trouble.

HEARTBREAK for the Limerick senior footballers at the final whistle of this 2-12 to 1-6 loss to Wexford, which saw John Brudair’s Shannonsiders drop deep into relegation trouble.

This was a round four game that Limerick led for the majority of the 70-minutes but were cruelly denied victory with a late Wexford savo.

The last three points went to the Wexford men, who were securing their first win of the Division Three Allianz Football League campaign.

The defeat locks John Brudair’s Limerick in an intense relegation battle with two to drop to the basement division next season.

Still to come for Limerick are Fermanagh, Clare and Louth but this Wexford loss is the third in a row for the inexperienced Limerick.

With five minutes to play John Riordan kicked Limerick into a 2012 to 1-13 lead. The half time substitute was the 11th Limerick scorer of the afternoon and looked to have steadied the ship entering the final minutes.

But alas Wexford found a run of scores to deny Limerick.

Limerick had put themselves in line for the win after battling back from a poor start.

After 20-minutes and playing with the wind, Limerick trailed 1-4 to 0-2 - Stephen Cahill and Killian Phair (free) with the early Limerick scores.

Kevin O’Grady had the Wexford goal in the 12th minute to rock Limerick early on. That goal came just two minutes after Anthony Masterson denied Darragh Treacy a Limerick goal. But Limerick soon settled and were to lead 2-7 to 1-7 at half time.

Seanie Buckley and Tom Lee had points to leave it 1-4 to 0-4 when the first Limerick goal arrived in the 24th minute. It was Treacy that found the net after an exchange with Buckley.

Then within two minutes Peter Nash scored a cracking foal after working his way goalwards from the left corner forward position, he crashed the ball across the goalkeeper to the top corner.

When Phair added a point the game had turned on its head and Limerick led 2-5 to 1-4.

Wexford had five of the opening seven scores of the second half to tie up the contest - 2-9 to 1-12 with 20-minutes to play.

Then 14-minutes from time Limerick captain Seanie Buckley as sent off for a second yellow card.

Although Wexford were reduced to 14 just six minutes later, the leadership of Buckley was missed in the final minutes that saw just one Limerick score in the last 12-minutes.