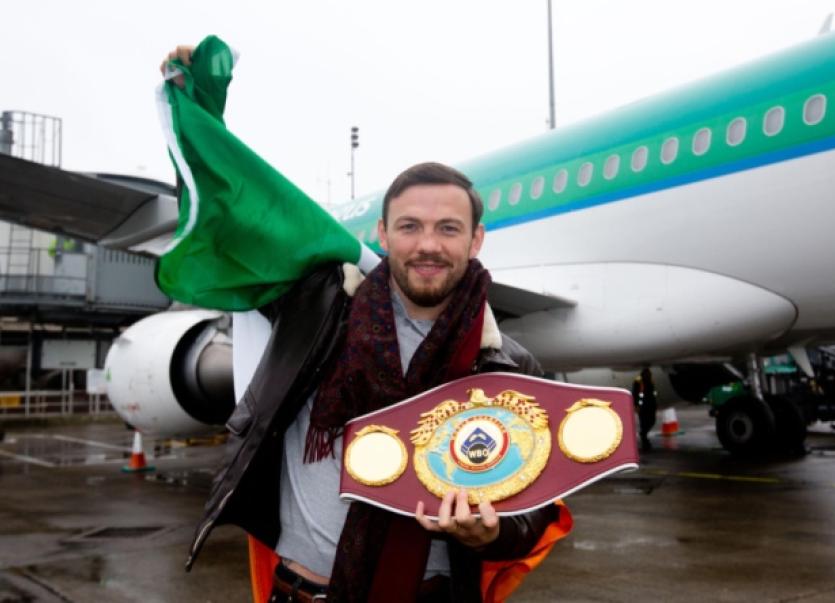 ANDY Lee’s defence of his WBO world middleweight title could be confirmed early in the New Year.

ANDY Lee’s defence of his WBO world middleweight title could be confirmed early in the New Year.

That could rule out Thomond Park as Lee’s manager Adam Booth last week said that an outdoor event would be best suited to the Summer due to the weather.

Therefore Dublin’s 3 Arena is the most likely venue for any March date.

At present both Saturdays either side of March 17 are vacant on the 3 Arena schedule.

Were Lee to fight in Dublin or even England for the Saunders mandatory title defence that would mean his dream to defend his title in Thomond Park would be postponed.

It would also open the possibility that any future Thomond Park event could be a unification fight against the super powers of Gennady Golovkin or Miguel Cotto.

However, all depends on the next negotiations between Booth and Saunders promoter Frank Warren.

It is understood that the duo are to meet again for formal talks in the near future.

“It’s all about us sitting down and the fight going where it makes the most money – that’s the bottom line,” said Warren this week.

“Adam Booth and I had an agreement and obviously that will be honoured. We’ll get together and go through it and see where we’re going with it,” said Warren.

“I’m looking forward to getting it on. It’s a good fight for the Irish and the Brits,” he said,

Twenty-five-year-old Saunders is unbeaten in all 21 of his fights, while Lee’s record is now 34 wins from 36 fights – 34 of those inside the distance

“I’m sure he (Lee) will want to do it in Ireland but that’s something that will need to be sorted out between the two camps. But wherever it makes sense to do it, wherever they can generate the most income is where it will take place.”

He added: “Ireland is a viable situation as is London. Billy Joe sold out the ExCeL (London). It was rammed out. He certainly made a lot of friends there that night with that performance. He got a lot of support and was well supported there. Him and Andy Lee is a bigger fight than him and Eubank. I think it would make more sense to do it in the UK but it’s all about sitting down and working it out between us.”

Adam Booth has described Lee’s wish to fight in Thomond Park as his “ultimate dream”.

For now Limerick’s new sporting hero is content to enjoy the Christmas with family in Limerick and then return to the gym in early January.

“Adam Booth, my manager and trainer, has got me to the stage where I have control of my career in Europe. I have a promoter in the US, Lou DiBella, but here I am a free agent which puts me in a strong position when it comes to negotiating purses,” explained Lee.

“I am happy to fight Billy Joe (Saunders) and if it makes sense in Ireland in the Summer but whether it is in Ireland or London it will be a big event,” said the 30 year old former Irish Olympian, who now lives in Dublin with his wife Maud.

This Stephen’s Day Lee will be guest of honour in Thomond Park and introduced to the crowd at half time during the PRO12 clash between Munster and Leinster.