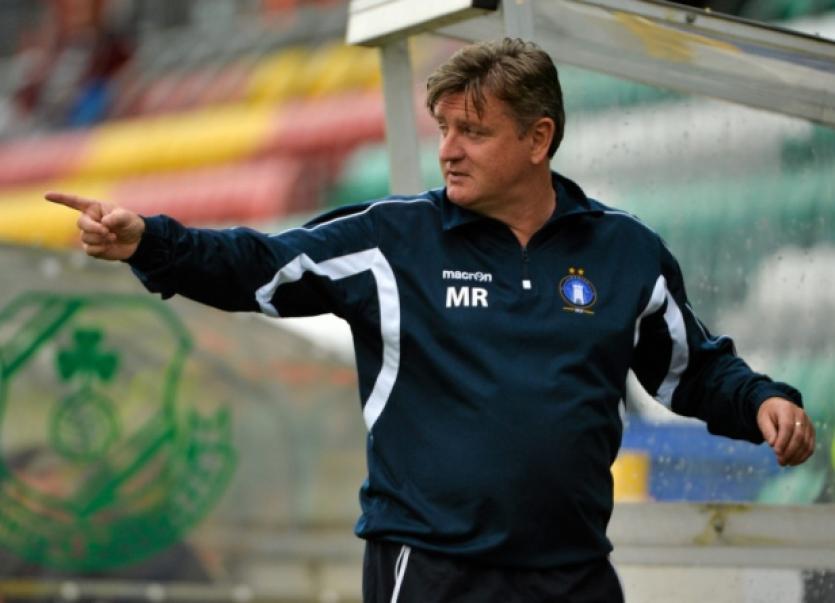 LIMERICK FC manager, Martin Russell insists there is a lot of pressure on the sides above them in the table as the Premier Division relegation battle reaches the closing six-game stretch.

LIMERICK FC manager, Martin Russell insists there is a lot of pressure on the sides above them in the table as the Premier Division relegation battle reaches the closing six-game stretch.

Basement side Limerick travel to the Carlisle Grounds this Saturday to take on Bray Wanderers in a crucial fixture, 5.45pm. A victory for Russell’s Blues will see Limerick move off the foot of the Premier Division table for the first time since the start of the season.

Second-from-bottom Sligo Rovers, who currently sit two points ahead of Limerick, are not in action this weekend as their scheduled opponents Galway United are playing St Patrick’s Athletic in the EA Sports Cup final on Saturday.

While Limerick failed to win any of their opening 21 fixtures this season, a terrific run of results which has seen the Blues take 16 points from a possible 18 has boosted their hopes of avoiding the drop to the First Division at the end of the season.

Limerick boss Russell said breaking the 30-point barrier may not be sufficient for his charges to secure even a relegation play-off at the end of the season. Limerick currently have 22 points, two fewer than Sligo Rovers, three less than Derry City and four adrift of both Galway Utd and Drogheda Utd.

Russell said: “Because everyone is playing each other, teams will drop points. The 30-point barrier may or may not be sufficient. We don’t think about it that way.

“We are just thinking, as we have been for the last while, about winning the next game. We have got ourselves into a much better position.

“The team above them have a lot of pressure on them because they have allowed us back in it really.”

Limerick must plan without the suspended Paul O’Conor and Shaun Kelly for Saturday’s trip to FAI Cup semi-finalists Bray.

Limerick lost 4-0 away to Wanderers in the league in April and suffered a 1-0 home defeat to the seasiders in July. Following Saturday’s game in Bray, Limerick face leaders Dundalk in a glamour tie at the Markets Field on Saturday, September 26 at 6.30pm.

Russell said: “We have played Bray twice this season and they have beaten us by a couple of goals on each occasion. We have to improve aspects of our game to come out with the results we want.

“We also know that when we played them we created chances that we did not take. We will be looking to take the chances we create this time and not be as poor defensively.

“Both elements of our game, attack and defence, have improved recently. I think we have a great chance of going there and looking to put in a good performance.”

“The players appreciate the experiences they have been having recently at the Markets Field, so all players look forward to playing in the big games and that would definitely be a big game at the moment for us.