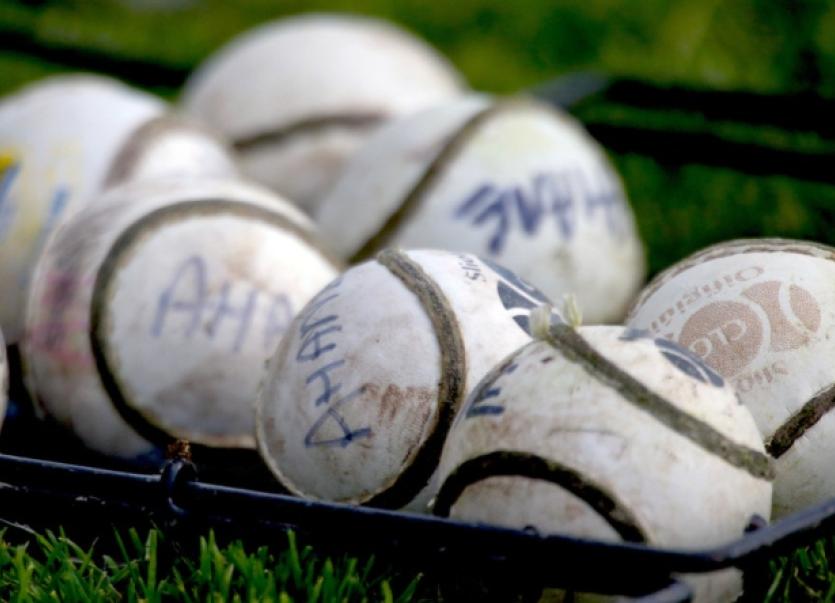 THE quarter finals of the Limerick SHC take place this weekend as the race for the Daly Cup takes shape.

THE quarter finals of the Limerick SHC take place this weekend as the race for the Daly Cup takes shape.

First into action is Adare v Ahane in Kilmallock on Saturday at 5.30.

The on Sunday Kilmallock play Doon in the Gaelic Grounds at 1.00.

THIS is a repeat of the 2011 Limerick SHC quarter final when Ahane were 2-16 to 0-18 winners enroute to a county final appearance.

When the sides met in the group stages last season Ahane were also winners - 1-16 to 1-15.

But this Saturday, it’s Ger Hegarty’s Adare that are 4/11 favourites to progress to play Patrickswell in the September 27 Gaelic Grounds semi final.

Bit by bit Hegarty, Pat O’Callaghan, Paul Keane and Joe Hannon have moulded Adare into contenders. Three successive draws opened their campaign but they then beat Doon and Bruff to reach another knockout stage. So they arrive on Saturday unbeaten in the championship.

Jody Hannon and Lukas O’Brien return to club training this week with All Ireland U-21 medals and no doubt had some fun at the expense of this season’s new team-mate James Gahan - a former Wexford hurler.

Undoubtedly powering the Adare challenge are Wayne McNamara, John Fitzgibbon, Declan Hannon and Willie Griffin. Any day all four are on top form, Adare will be hard beat.

Opponents Ahane are 12/5 in the bookies to reach another semi final.

The knockout stages have presented some heavy defeats in recent years but with two wins and three defeats they squeezed back into the business end of the championship.

Experienced trio Mike Carr, John Meskell and Niall Moran were forced off injured in the win over South Liberties last time out with Ciaran O’Mara also carrying a knock.

Eamonn Meskell’s side would need all and all to be on top form to make it three wins in a row over Adare.

The men in red and black just look to be better poised with a full panel available.

CHAMPIONS Kilmallock put their title on the line this Sunday in the Gaelic Grounds.

Sunday’s eagerly awaited tie is a repeat of last year’s semi final. On that occasion The Balbec were 0-18 to 0-16 winners.

Ahead of Sunday the bookies make the south Limerick men the 4/7 favourites to advance to a September 27 semi final against Na Piarsaigh.

Since leaving Croke Park last March after All Ireland final defeat to Ballyhale, Kilmallock’s haven’t had a full hand to select from. Last time out they were without Eoin Ryan, Robbie Hanley and Bryan O’Sullivan.

They face a Doon side that are seen as 13/8 shots to stop the champions.

They will be buoyed by the All Ireland U-21 success of five players; Richie English, Darragh O’Donovan, Pat Ryan, Dean Coleman and Eoghan McNamara.

Their junior A and B sides and minors are all still in the championship race but Sunday is the big one.