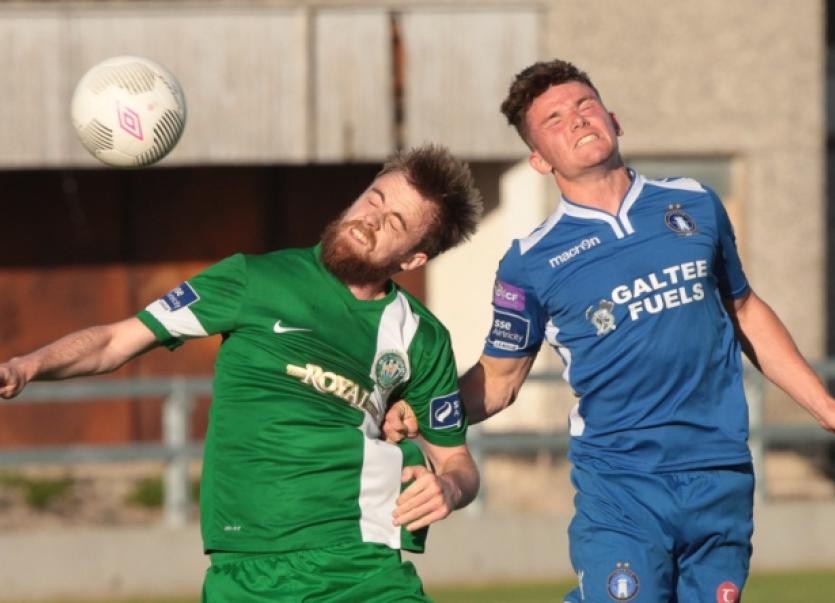 LIMERICK FC manager, Martin Russell admitted his side’s last gasp defeat to Bray Wanderers at the Markets Field had come as a ‘killer blow’ to his struggling charges.

LIMERICK FC manager, Martin Russell admitted his side’s last gasp defeat to Bray Wanderers at the Markets Field had come as a ‘killer blow’ to his struggling charges.

However, Russell remains defiant about the Blues prospects of pulling off an unlikely great escape in their bid to secure their Premier Division status for next season.

Russell said: “You got to keep on going. That is what I have said to the players every week. You talk about what happens when people are down, you have to try and pick them up, give them belief. I have given them a lot of examples during the course of the season of people, individual players and clubs, that have taken steps back to go forward again. This what happens when you are down, you have to see a way forward.

“We had a massive chance to take the lead and then 30 seconds later we are down to 10 men. That is a reflection of how tight it was.

“It was tight margins again, as has been the case through the season. Those tight margins have gone against us, but what do you do? You make your own luck.

“There were a few things which did go on in the game, a few late challenges when our players kept on going, but they never got punished for them. If Seanie (Harding’s) first booking was a reflection of what was a yellow card, they should have gotten quite a few as well. But I don’t want to use it as an excuse. We need to do better on the lead-up to their goal. I don’t know what happened on the goal. I need to see it again. It is a killer blow right at the end for the boys. But their effort again was total, even with 10 men just need that bit of quality that we require in both final thirds of the pitch that would make a difference to the group.”