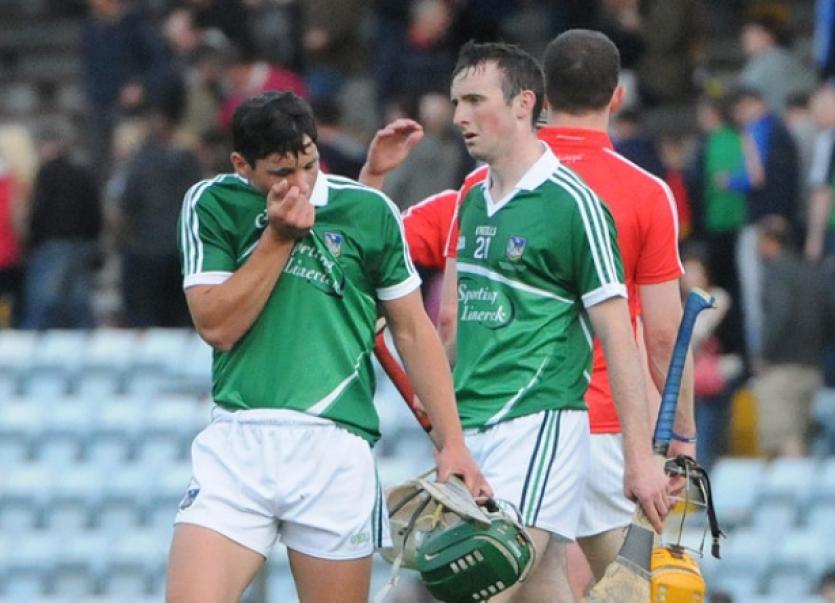 THE Limerick intermediate hurlers were beaten 0-20 to 0-18 by holders Cork in the Munster IHC Final this Wednesday evening in Pairc Ui Rinn.

THE Limerick intermediate hurlers were beaten 0-20 to 0-18 by holders Cork in the Munster IHC Final this Wednesday evening in Pairc Ui Rinn.

Limerick battled well in the first half when facing into the breeze but never set the pace in the second half.

Limerick had started slow and looked jittery for the opening quarter after which they trailed 0-5 to 0-1.

But bit by bit Limerick grew into the contest with Diarmaid Byrnes and Andrew Carroll winning primary ball and putting Limerick on a forward footing.

Tony Murphy and Willie Leahy had given Cork the early advantage with a Willie Griffin free the only Limerick reply.

But from the 12th minute onwards, Limerick settled.

Tom Morrissey had his first score of the game and progressed to torment the Cork rearguard.

He had four points on the board by the break.

Indeed the other four points from Limerick in the first half all came from Griffin frees.

It was back to 0-6 to 0-4 after 16-minutes but another run of Cork scores eased them five clear.

With eight minutes to play in the half the home side were 0-10 to 0-5 ahead but Limerick finished with four of the last six points.

So it was 0-11 to 0-8 at the break after a half that saw Limerick hit three wides and Cork just two.

The big start that Limerick needed to the second half never materialised.

The opening quarter saw a return of four points to leave it 0-14 to 0-12 to Cork with two of those early points coming from impressive centre back Diarmaid Byrnes. But Cork then hit six of the next eight points to lead 0-20 to 0-14 with eight minutes to play.

Richie English and two long range frees from Diarmaid Byrnes gave Limerick hope but it was a goal they needed.

Mike Fitzgibbon had the last point but a run of four late points wasn’t enough to stop Cork retaining their title.