Limerick FC boss: ‘I’m up to the job’ 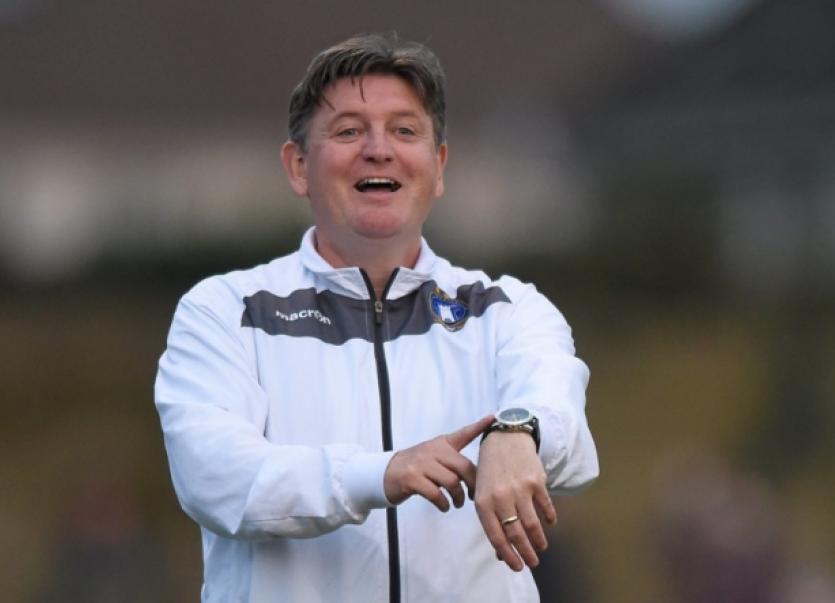 LIMERICK FC manager Martin Russell insists he is up to the task of leading the struggling Blues through the remainder of their relegation battle in the SSE Airtricity League Premier Division.

LIMERICK FC manager Martin Russell insists he is up to the task of leading the struggling Blues through the remainder of their relegation battle in the SSE Airtricity League Premier Division.

While a youthful Limerick side has picked up just five points through the opening 18 rounds of Premier Division fixtures, manager Russell insisted this week that he is up to the challenge of trying to mastermind an upturn in their fortunes.

Russell said: “We are all there to be judged. I go to games and watch players and decided that player A is good and player B is not so good. I would class that I have had two half terms. The start last year, with a bit more experienced squad, but still I felt it needed enhancement to trouble the big boys. We had a good win ratio.

“End of season, with a reduced budget for the senior squad, it was a bigger job, it has been difficult in terms of getting the points, but we have always been competitive. I feel strongly that in the games we have played, we deserved to have at least five or six more points.

“That is why I think we can get those points going forward. It is not as if we have hank tonkings, especially from the teams around us. We should have had wins against them.

“All you can do is keep on trying. The other day against Bray, people were saying it was a crunch game, but when you put it down to one game, you think when a man gets sent off we were down to 10 men for the last 23-30 minutes when you are trying to win a game. Everything that could go wrong probably has gone wrong.

“If the club want to go a different direction, I don’t have issues with that. Players move on and coaches move on. But I do feel I am up to it and I am looking forward to it. That is all I can say on the matter.”

While close on 1,500 turned out to watch Limerick FC’s weekend defeat to Bray Wanderers at the Markets Field, the Blues will struggle to attract a similar attendance this Saturday as their tie with Galway United clashes with Limerick’s televised All-Ireland hurling qualifier clash with Dublin.