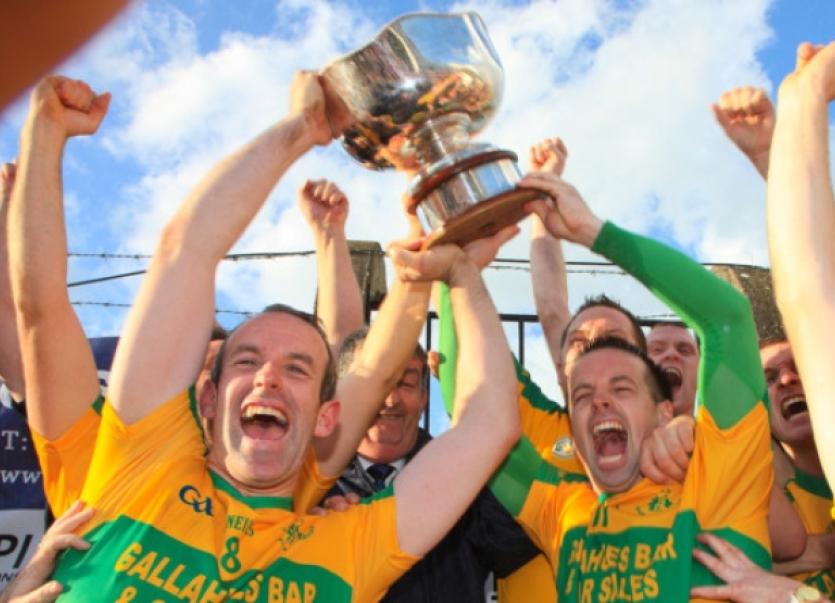 The Cork man came to Limerick on the back of huge club success with his native Nemo Rangers.

He departed after one season to take over the Cork minor footballers but he returned to the Limerick club scene this Spring as Ballylanders club football manager.

Months later he has guided the south Limerick club to just their fourth ever Limerick SFC title.

“It shows what can be done with hard work and a bit of organisation. They really are in my heart now and this is something I will treasure,” said Fitzgerald yesterday.

“It means so much for the village of Ballylanders - they have been out of it for a long time. When I am not from Ballylanders it is different for me but I get great satisfaction out of seeing the boys do that and it will lift the village for the winter,” said the Cork man.

“At the start of the year and after the first couple of sessions I thought I was wasting my time but it was a gradual thing and a win over Monaleen (in the group stages) a was the catalyst for us - we played well that night and fellas started thinking maybe there is something for us here,” explained the Ballylanders manager.

“The first thing was to get out of the group - that was the major target for the year. In hindsight probably losing to St Patricks by a point was a blessing in disguise because we got momentum after the Newcastle West game (quarter-final) and we carried that into Drom-Broadford (semi-final) and to today.”

Fitzgerald was loud in praise of his players.

“They played great football and at times we were under the cosh for long periods and lads were throwing their bodies on the line and got some good blocks and the sweeper system worked a treat for us today and then obviously the (Danny) Frewen goal half way through the second half killed them off.”

“We were stressing a good start - the last time we played them we were five points down after 10 minutes and we really couldn’t catch up but today we stressed a good start. We wanted to be in the game after 20 minutes and I think it was three-all at that stage and then the goal before half time was major.”

The last time that Ballylanders won the Limerick title they lost to a Fitzgerald managed Nemo Rangers in the Munster club. This time round Ballylanders await the Waterford champions.