Kilcoyne sees a bit of Manchester Utd in Munster this season 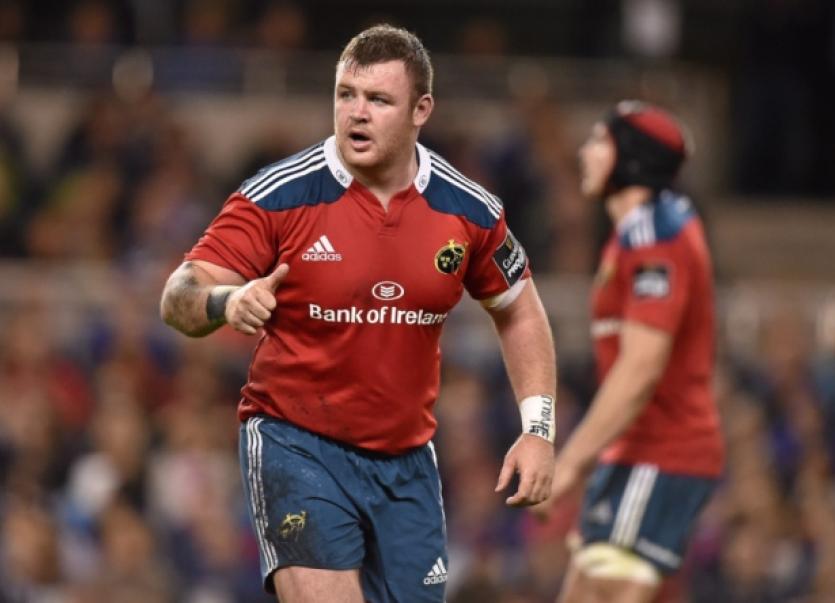 MUNSTER prop Dave Kilcoyne has compared the province’s stuttering start to the season through the opening four weeks to that which Alex Ferguson experienced when he first took charge of Manchester United.

MUNSTER prop Dave Kilcoyne has compared the province’s stuttering start to the season through the opening four weeks to that which Alex Ferguson experienced when he first took charge of Manchester United.

Kilcoyne said that he had been struck while reading Roy Keane’s new book ‘Second Half’ of the similarities between Munster’s performances prior to their win over Leinster and United’s early form under Ferguson.

Kilcoyne said: “I was reading the Roy Keane book last night. It is funny because Alex Ferguson said when he took over at Man United, he went through that rough patch as well at the start.

“We had a big task to back it up the following week against Scarlets. Last season we probably struggled to back up big performances the following week. Glasgow would have been one of them where we didn’t back that up.

“We showed fight and a bit of dog in us to get that win against Scarlets at home. Axel (Anthony Foley) says we get the same points for beating Scarlets as we do for Leinster.”

Kilcoyne agreed that it was up to Munster to produce a big performance away to Sale this Saturday in order to ensure the ‘full up’ signs are to be erected at Thomond Park for the glamour European Champions Cup tie with Saracens on Friday week.

“The only way to put bums on seats is to give the supporters something to cheer about. They are the ones paying the money to come and see the games. It is up to the squad to put in performances worthy of that. Sale, this weekend, it starts there. We need to be as physical and as ruthless as we have been so far. It is going to be our toughest test of the season so far to draw a big crowd the following week.

UL-Bohs clubman Kilcoyne said the battle to secure the number one jersey at Munster with James Cronin was driving him to work even harder.

“You need that competition within a squad. It brings the best out of players. I certainly like it because I know if I don’t do my job there is someone else there to do it. Ultimately that is what you want to do, you want to be the best player you can be. I try and focus on myself.”