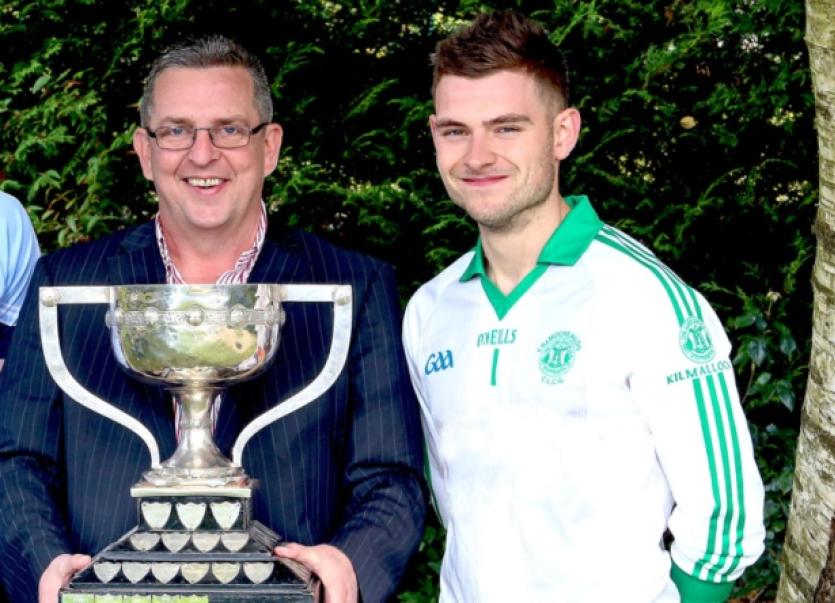 KILMALLOCK goalkeeper Barry Hennessy believes his side are peaking at the right time going into Sunday’s Limerick SHC Final with Na Piarsaigh.

KILMALLOCK goalkeeper Barry Hennessy believes his side are peaking at the right time going into Sunday’s Limerick SHC Final with Na Piarsaigh.

“Preparation is going good at the moment, we were tipping away for the last few weeks but now we are peaking at the right time,” Hennessy said.

The goalkeeper, who turned 25 on Tuesday, insists the south Limerick side do not fear the defending county and Munster champions.

“When you play hurling, or any sport, you don’t fear teams. They’ve had good teams the last few years but we have a job to do on Sunday,” he addded.

After defeat to Sunday’s opponents in the first round, Kilmallock secured back-to-back victories. However, they then had to wait two months before they played again due to Limerick reaching the All-Ireland SHC semi-final where they lost to eventual champions Kilkenny.

It wasn’t until Limerick’s defeat on August 10 that Kilmallock could consistently train with their full complement of players.

“A lot of lads were away on county duty,” Hennessy revealed, who was also part of the county panel as a back-up goalkeeper.

“We had lads travelling as well,” he said but stated that it is not all bad having players balencing playing with the Limerick team as well as Kilmallock.

“You can look at it two ways. Unfortunately, we were beaten by a small margin (2-13 to 0-17) but look at how much Limerick hurling has progressed,” he said.

“But it’s great to be back with the club back to where it all started,” Hennessy added.

Hennessy, who went to school in Ardscoil Ris with a lot of the Na Piarsaigh team, sees no reason why his side can’t win on Sunday.

“Anything can happen on the day,” he said. “They’re champions, they are there to be knocked.

“If you look at the record of the last few years, we won one (county title), they won one - everyone wants to get up to standard,” he added.

“Both teams are considered standard bearers in the county.”

The tag of underdogs is not one that will upset Kilmallock too much, however.

“Everyone was tipping Doon and they didn’t lose all year until they played us,” he revealed.

“They are a quality side and I’m sure they will have their homework done,” he said.

Both sides have impressive forward lines so the defenders will have to be on their toes.

“I suppose on paper both sides have great fire power - I’ll have to be on my toes,” the former Limerick under-21 and Intermediate goalkeeper added.

To win an 11th Daly Cup, Kilmallock will have to end Na Piarsaigh’s 10 match winning streak in the championship.

A 12th title will put Kilmallock alone in third place in the all-time roll of honour - above Claughaun and below Patrickswell and Ahane.

The motivation for Hennessy and Kilmallock is simple: “They have what we want,” he said.

Kilmallock, and Barry Hennessy, will be hoping that come five o’clock on Sunday, the Daly Cup and the title of county champions will be back with the Balbec.