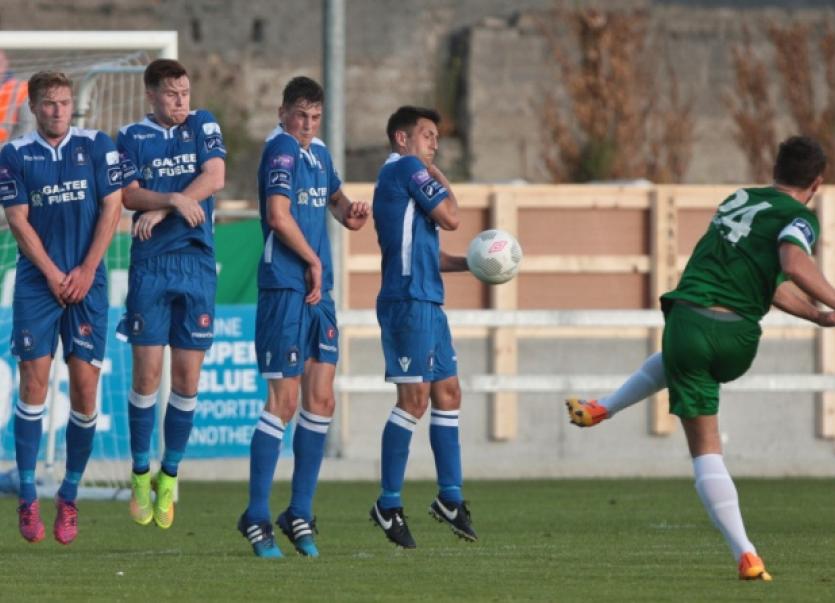 In this week’s column, Andrew Cunneen ranks Limerick FC’s most important players in their relegation battle.

In this week’s column, Andrew Cunneen ranks Limerick FC’s most important players in their relegation battle.

This week, I’m power ranking Limerick’s most important players going forward. This will be based on what we’ve seen so far, and what we need in the future if there’s any slight chance of survival.

He’s been very poor this season and looks a completely different player to the one that helped Rory Gaffney secure his move to England. Limerick need genuine width, and he has to provide it.

This entry doesn’t even have a name. Any striker will do, given Vinny Faherty’s injury woes. Limerick are too predictable at the moment and can’t afford to play two up top, as Hanlon is substandard at this level. This flexibility with shape will make Limerick harder to prepare against.

Set pieces need to be capitalised on if Limerick are failing to make the most of open play. They’ve got one of the top three free kick takers in the country and have to start utilising it.

This is huge for Limerick. He’s got unrivalled talent. He reminds me of St Pat’s central defender Sean Hoare when he first came on the scene and has since attracted interest in England. If Paudie matures, not only is he an asset financially, he can secure a starting spot ahead of limited Price.

Would be higher up the list, but needs a few games to really get into it. His mind is about five steps ahead of his feet at the moment. He’s making great runs, so you know his footballing brain is working, but he lacks match practice. Big player if fit and played in the right position.

I’ve heard from so many people that Paul O’Conor has been poor. I couldn’t disagree more. Everyone likes a Carlos Tevez that runs around chasing lost causes just to look busy, but in reality, O’Conor is too smart for that. I may add, that he was constantly covering at right back during the Bray game – so even questioning his effort is bizarre. He’s scored the crucial goals for Limerick this season. He’s playing out of position, and yet still gets into the right positions. Good addition.

A striker is due to come in, but Clarke is the only other spark apart from Duggan when he’s on the ball. While his goal tally is far from impressive, his work off the ball is incredible and it doesn’t go unnoticed. Coming off the back of a serious injury last year, Clarke has featured in every game this season and has to be commended for his efforts.

He’s not been as good as he was last year. There are three reasons for that. The first reason is that he’s out of position and the second reason is because you defend as a unit – and Limerick’s backline lacks quality. The final reason is Barry Ryan’s absence. He commanded his area and directed defenders better than any goalkeeper I’d ever seen. All this being said, he’s the quality defender at the Club. Need him firing.

The heart of this Limerick side. Everything positive tends to run through Duggan. Not only does he shield a very shaky back four, he initiates attacks and is one of only two legitimate ball-carriers in the side. This opens up play and makes it easier for players to get in behind when a runner is on the ball.

He’s not even signed yet, but he’s already the most important aspect of Limerick going forward. Conor O’Donnell has cost Limerick points all season and if they’re to make a climb up the table that has to change. Hall doesn’t have to be great, he just has to not make many mistakes and Limerick will improve.

March 27 - An eventful week on and off the field