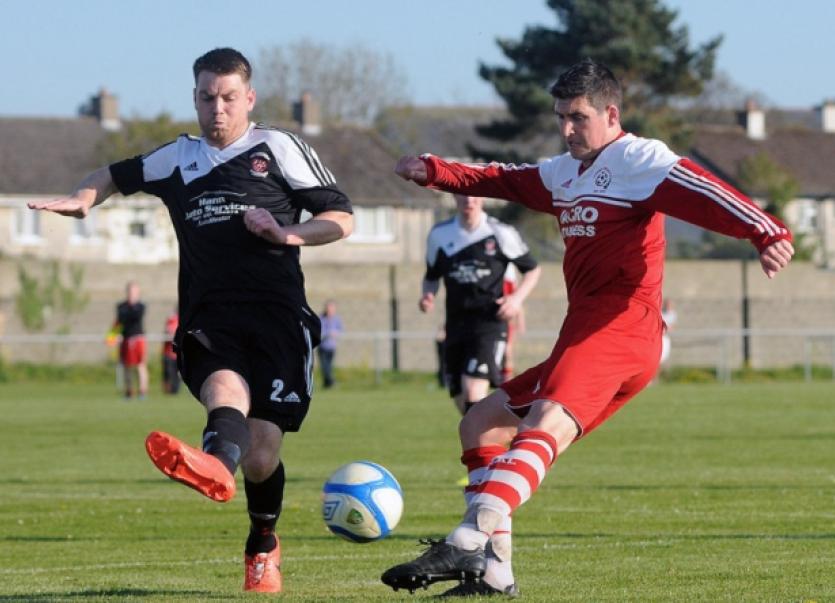 This season’s Lawson Cup final will be contested by Pike Rovers and Regional Utd after they won their respective semi-finals on Sunday morning.

This season’s Lawson Cup final will be contested by Pike Rovers and Regional Utd after they won their respective semi-finals on Sunday morning.

An early goal from Ken Meehan set Pike on their way and they secured the win with ten minutes remaining when Colm Enright popped up with the insurance score.

Regional Utd, meanwhile, booked their first final place since 2006 thanks to a Danny Galvin goal, the only survivor from that team nine seasons ago. The final has been fixed for Sunday, May 17, in Jackman Park.

Sunday’s Premier Division action saw Corbally boost their survival hopes thanks to a 4-0 win over Knockainey while Ballynanty were 3-2 winners over Fairview Rangers in a mid-table clash.

There’s plenty still to play for at both ends of the table. Pike Rovers and Carew Park are tied at the top of the table on 45 points, with Janesboro, who have a game in hand, on 43.

Janesboro and Carew are both in action on Tuesday night with Boro at home to Knockainey and Carew entertaining Aisling. Knockainey are already relegated but Aisling aren’t safe yet and are tied in a three-way battle with Corbally and Summerville. The remaining games in the Premier Division are pencilled in for Thursday, May 7, and Sunday, May 10.

Next weekend is relatively quiet on the local soccer scene as Limerick travel to Wexford for the semi-final of the Oscar Traynor Trophy on Sunday while on the Bank Holiday Monday, Herbertstown play Home Farm in the FAI U-17 Cup final in Jackman Park.