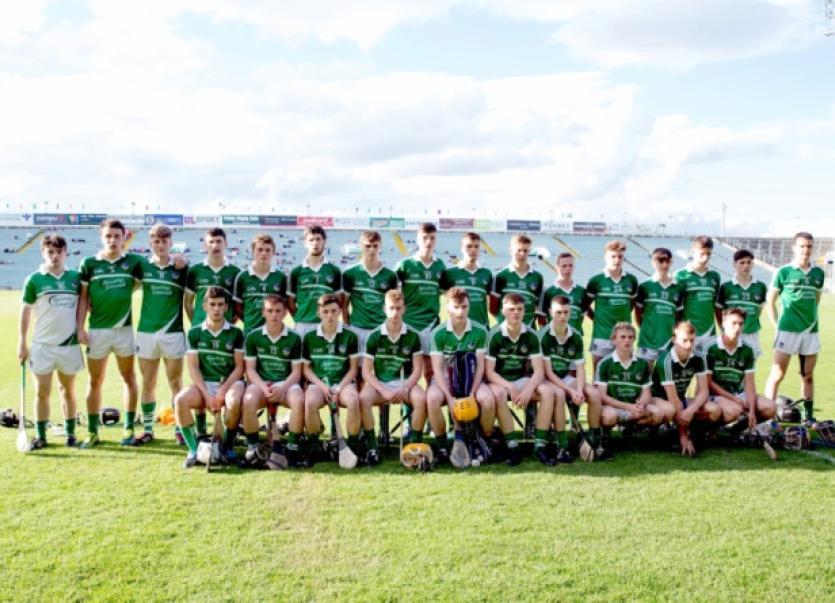 This Sunday (2.00), Limerick bid to go one better and win three successive crowns for the first time ever when they play Tipperary in Thurles.

This season Leo O’Connor is at the helm. His team includes captain and goalkeeper Eoghan McNamara, who is chasing a third successive winners medal.

“We are taking it game by game - Munster final on Sunday and we want to win it,” said O’Connor before training in the Gaelic Grounds this Tuesday.

“They are at this since they were 14 years of age playing Tony Forristal and Sonny Walsh tournaments and they have come through the whole system up along. The amount of work that goes into the whole Underage Academy is unreal - it’s mind-boggling on a Saturday morning to see 250 kids up to the age of minor,” outlined O’Connor, who has minor selectors in Brian Foley (Adare), John Mulqueen (Bruff) and Pat Donnelly (South Liberties), with former Clare and Dublin senior hurling manager Anthony Daly the team coach.

Ahead of Sunday, the bookies make Tipperary the 8/13 favourites to end Limerick’s run of success in the Munster championship, with Limerick 13/8 to win a historic three-in-a-row.

Sunday will be the 13th Munster minor final meeting of Limerick and Tipperary, with success for the Shannonsiders on just three occasions.

The last final meeting of the teams was in 1991 with Limerick’s last success in this rivalry in 1984. Current manager O’Connor and selector Donnelly were part of that Munster and All Ireland minor winning set-up of ‘84 under manager Phil Bennis.

“Our aim is to get back to Croke Park and hopefully put the wrongs right. We always have that at the back of our mind but we are taking it one game at a time and right now Sunday is the most important game that we are going to play this year,” said Claughaun’s O’Connor, who now resides in Co Tipperary.

“Tipp are a very good side - they have won two Munster championship matches against Clare and Tipperary and from their point of view they have done the it the direct way whereas we were beaten by Cork in the first round. But we are two different teams from the two Cor games - we have changes on every line of the field and personnel changes. We have improved game by game and intend to continue that.”

Win another Munster final and Limerick progress to a Croke Park semi final on August 16, while defeat will see Limerick into an All Ireland quarter final on July 25/26 against Galway, Dublin or Antrim.

If Limerick are to continue on their winning run in Munster minor finals, they will need their best performance of the season.

They only booked their final spot last Thursday night and know that improvements are needed from that Cork semi final win.

Experience could be key on Sunday with a foundation needed from the half back line and top displays from Casey, Murphy and Flanagan in attack.