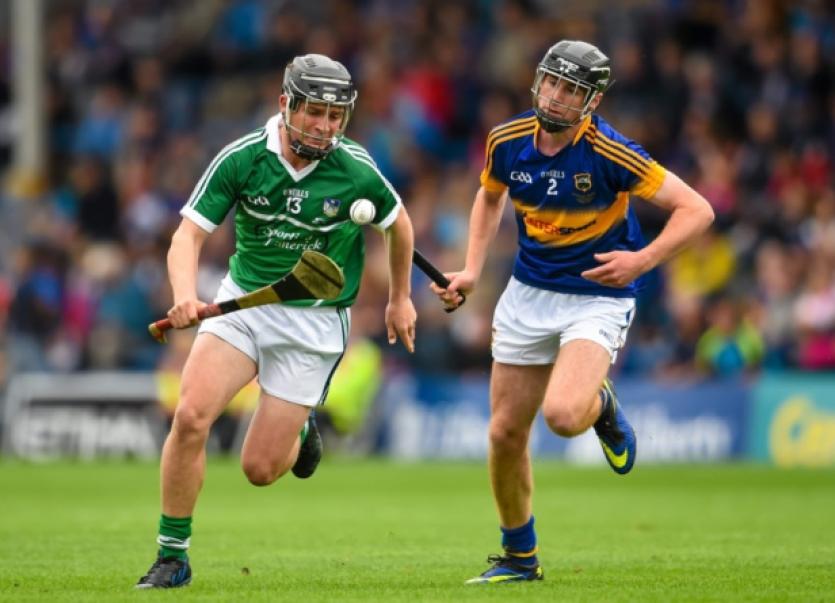 CONTROVERSY marred the end of this Munster minor hurling championship final with referee Joe Larkin prematurely calling an end to proceedings with 40-seconds to play and Limerick in search of an equalising goal.

CONTROVERSY marred the end of this Munster minor hurling championship final with referee Joe Larkin prematurely calling an end to proceedings with 40-seconds to play and Limerick in search of an equalising goal.

Ultimately the 0-20 to 0-17 win for Tipperary means no historic three-in-a-row of provincial titles for Limerick.

Limerick goalkeeper and captain Eoghan McNamara has just seen his 21-metre free saved in the first minute of injury time when the final whistle was sounded. The large stopwatch in Semple Stadium was showing 61.21 when the whistle sounded but the fourth official had earlier signalled that there would be at least two minutes of added time.

Limerick players, management and officials protested but the result stood.

All is not lost for the Leo O’Connor and Anthony Daly coached Limerick as they progress to the All Ireland quarter final against Antrim on July 25/26.

But they will look back and now that this was a Munster final that they could have won. Perhaps there was on over reliance on the brilliance of Peter Casey, with the Na Piarsiagh man accounting for thirteen points - all but four of the Limerick total. Indeed only three of Casey’s tally was from play meaning just seven scores from open play for Limerick over the course of the hour. On top of that were 12 wides. All that compares with 16 scores from play for the winners and a wides tally of just nine.

Tipperary were the 8/13 favourites and they started the better and had three points on the scoreboard inside three minutes.

But then Limerick grew into the game and enjoyed the better share of possession for much of the first half, after which they led 0-10 to 0-8.

The sides were level for the first of 12 times in the ninth minute after points from Casey and Mikey Mackey from play.

Limerick were now on top but had six wides by the midpoint of the half and were playing with the wind and trailed 0-4 to 0-3.

Seamus Flanagan ended 10-minutes without a Limerick score and free from Casey followed for a 0-6 to 0-5 lead for the first time.

McNamara had to be alert in the Limerick goal to deny Cian Darcy but the points continued to flow.

But while Tipp ended the half with seven different scorers from play, Limerick only had three marksmen and half the 10-points came from frees.

Two of those Casey frees were the final scores of the half to give Limerick the two point interval advantage after the sides were level six times.

Just like the first half, Tipperary had a run of three points to start the second half and to go ahead.

But Limerick regrouped with a move of Barry Murphy to the half forward line paying dividend as he was fouled for two of three frees fro Casey to regain the lead.

When Thomas Grimes had the first Limerick score from play in the 11th minute of the second half Limerick were looking back in control.

But enter Tommy Nolan and he hit three of the next five points to wrestle the lead back for the Tipperary, who were now roared on by the large home support in to watch the senior final.

With 13-minutes to play, the Premier County were 0-16 to 0-15 ahead.Casey levelled and then Murphy had Limerick a point up with eight minutes to play.

With plenty experience from last year’s All Ireland final defeat to Kilkenny in Croke Park on the field, experience should have been an advantage to Limerick in the closing stages but it was Tipperary that got a run of four points to secure victory.

Lyndon Fairbrother hit two of these from play and sub Shane Neville the last point.

In injury time Limerick won a 21-metre free and up came goalkeeper McNamara. His drive for goal was saved and then amazingly the referee blew the final whistle as Limerick attempted to scramble the rebound to the net.

The stopwatch on the electronic said there were 40-seconds to play, but the referee deemed otherwise.