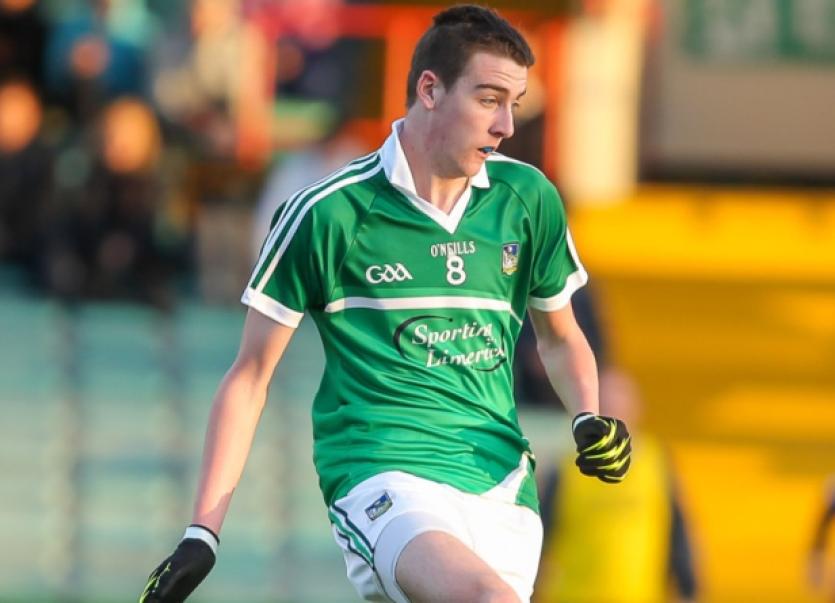 THE Limerick minor footballers have exited the 2015 Munster MFC after a 2-11 to 0-5 defeat to Clare in Cusack Park, Ennis this Wednesday evening.

THE Limerick minor footballers have exited the 2015 Munster MFC after a 2-11 to 0-5 defeat to Clare in Cusack Park, Ennis this Wednesday evening.

The disappointing 12-point defeat comes just one week after the high of a first Munster minor championship win since 2010 when Waterford were beaten in Newcastle West.

The loss in Ennis brings the curtain down on the year for Jerry O’Sullivan’s charges who loss to Cork, then regrouped to beat Waterford before this defeat to Clare.

In this loss to Clare, Limerick were clearly second best in all areas of the field. After ending a run of 10 defeats at the grade in the previous outing confidence had been high that perhaps a semi final berth against Tipperary could be attained.

However, Clare dominated for three quarters of this tie, played in front of just 629.

Limerick actually started the better and led 0-3 to 0-1 after 19-minutes. Ed Sheehy with a point from play in this period.

But already the signs were ominous as Limerick were finding it hard to break down the Clare defensive set-up.

Ultimately, Limerick were to score just two points from play in the hour - sub Adam Storan notching a point in the second half.

The game swung in Clare’s favour in the 20th minute when Sean Malone goaled.

The second half was pretty much one way traffic with Clare on top in the middle third and winning clean possession to drive forward.

Their second goal came in the 14th minute of the second half with sub Conor Lynch eventually getting the final touch after Liam Devitt had tried to cheekily back-heel to the net.

Sub Storan had both Limerick’s second half points.