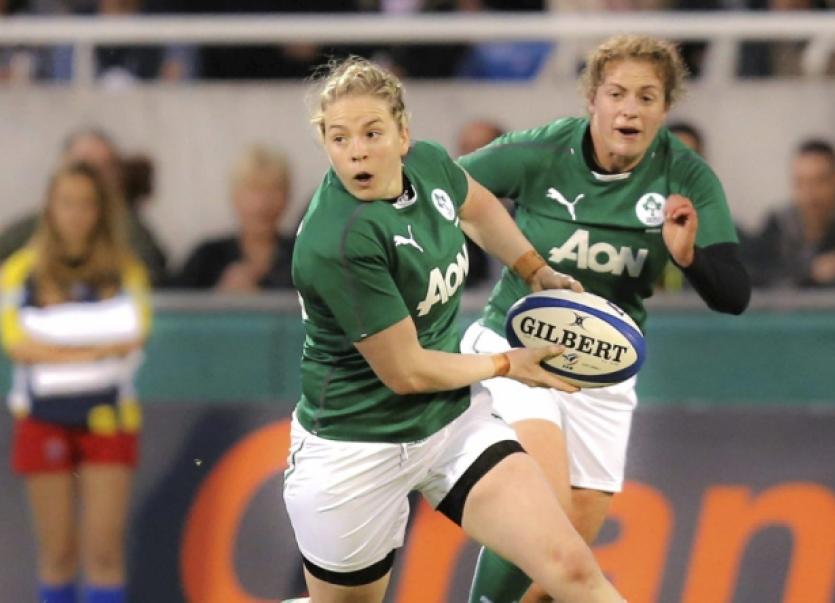 Munster star Briggs, who turned in an outstanding performance, landed the decisive kick in the 70th minute to help Ireland score a thrilling 17-14 success and take a giant step towards reaching the World Cup semi-finals. The Limerick-based Garda also converted Ireland’s two tries from Heather O’Brien and Alison Miller.

It was the first time since 1991 that the Black ferns lost a Women’s World Cup match and New Zealand’s second ever defeat in the competition.

As well as Briggs, two more UL-Bohemian players, front row forwards Fiona Coughlan, who captained the side, and hooker Gillian Bourke, played starring roles in this famous win, while their club mate Fiona Hayes was on the replacements’ bench.

Philip Doyle’s Ireland team had beaten the USA in their opening Pool B match on Friday and now play Kazakhstan this Saturday (12 noon Irish time) when they look strong favourites to secure a win and with it a semi-final spot.

New Zealand full-back Selica Winiata scored the game’s first try but the Irish were just 8-7 down at half-time after a touchdown by Heather O’Brien.

Ireland now top Pool B on eight points with New Zealand and the USA, who meet each other on Saturday, on six.

It was the first time Ireland’s women had played the Black Ferns and they took the opportunity to do something the Irish men have never achieved - defeat the Kiwis in a 15-a-side game.