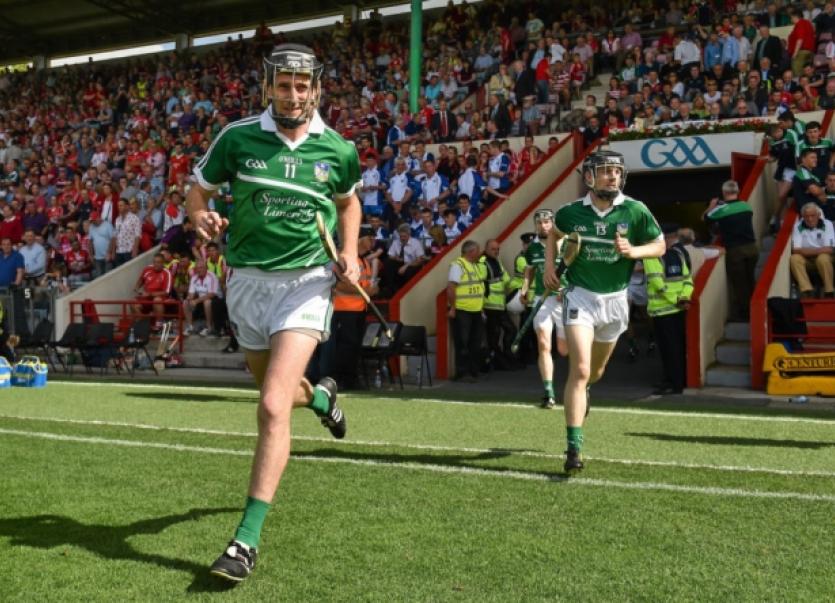 LIMERICK hurling captain Donal O’Grady will return to the team for Sunday’s All Ireland SHC semi-final.

LIMERICK hurling captain Donal O’Grady will return to the team for Sunday’s All Ireland SHC semi-final.

O’Grady missed the quarter-final win over Wexford with a calf strain but has taken part in the last three training session and will be passed fit to face Kilkenny in Croke Park next Sunday (3.30).

The return of O’Grady to the half forward line is expected to be the only change from the 24-point win over Wexford.

Despite scoring three points in that game Thomas Ryan is likely to make way for O’Grady.

Indeed manager TJ Ryan has reported that every members of his 33-man panel will be in contention for starting places or places on the 26-man match day panel.

Limerick trained last Friday and again on Bank Holiday Monday afternoon and it is understood that the Limerick team will be announced after training on this Thursday evening.

While there is good news on the injury front for Limerick, Kilkenny also appear to have a clean bill of health with Michael Fennelly and Richie Power back to bolster their charges.

“We hadn’t won a title in a long time, it would be a natural thing. The probable answer to that is, to some degree it did (get out of control). It’s definitely not at that level (this year),” said Ryan of the excitement of the Summer of 2013.

“I think it’s natural enough for things like this to happen when the team is playing well and you get to an All-Ireland semi-final. It can be the public just as much as the press. It’s just one of those things you have to deal with, it’s part and parcel of it,” he recalled of last year, when Ryan wasn’t involved and Limerick fell to a disappointing semi-final loss to Clare.

He added of last year: “I think maybe Limerick were slight favourites of the four and that definitely would have added to it and maybe the fact that Kilkenny and Tipp were out of it.”

But now Limerick are the fourth favourites of the semi-finalists and the 2/1 outsiders against Brian Cody’s Kilkenny, who are 4/9 favourites to beat Limerick.

“From the players point of view, they just want to go and hurl. They’ve done it really well all year and they want to try and keep that vein going,” said the Limerick manager.

Sunday’s game will be televised live on both RTE and Sky Sports.

With a capacity of over 80,000 there is no shortage of tickets for Sunday.

All clubs have received a plentiful allocation and tickets can be purchased online from gaa.tickets.ie or in Centra or SuperValu outlets.

Iarnrod Eireann have announced five extra services between Limerick and Dublin for Sunday and seats can be booked on irishrail.ie/hurling