Five reasons to fear and cheer ahead of Limerick v Kilkenny 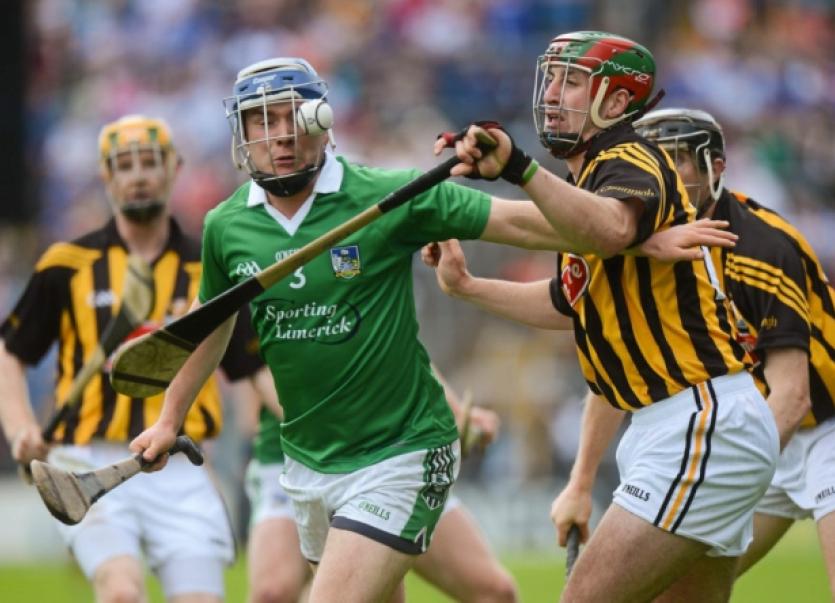 Ahead of the Croke Park encounter Joel Slattery looks at five positives for Limerick and Kilkenny.

Goals win games, the old saying goes. Limerick got four of them against Wexford and Cork got them in the Munster final. David Breen was a thorn in the side of the Wexford defence throughout the whole game in the quarter final and he also caused problems against the Rebels. Paul Browne’s goal against Wexford showed Limerick’s ability to run at a defence. They will have to do this again to be successful against Kilkenny. If Limerick are to progress to the All-Ireland final, they will have to out-goal the Cats.

Limerick’s shooting from distance was a big part of the game-plan against Wexford. Paul Browne and James Ryan shot on sight with great success. However, they did have a lot of early wides, both against Wexford and in the Munster final against Cork. Limerick’s midfield and half forward line will be able to get into space in Croke Park. If they can find their range from the start they have a great chance of success.

GETTING BETTER EVERY YEAR

Since the end of the ill-fated Justin McCarthy reign, Limerick have seen steady year on year improvement. In 2011, they were beaten in Thurles by Dublin in the quarter-final, before Kilkenny halted their progress at the same stage 12 monhts later. Last year they reached the All-Ireland semi-final where they were beaten by eventual champions Clare. Having won the Munster championship in 2013, the next step in this teams progression is a place in the All-Ireland final.

Shane Dowling was unerring in his accuracy against Tipperary and Wexford but he missed a few early on against Cork. Last year,missed opportunites from placed balls cost Limerick dearly. If Limerick can take their chances from frees they could be leaving Croke Park a lot happier than they were 12 months ago.

THEY BEAT TIPP IN THURLES SO..

Limerick beat Tipperary in Thurles for the first time since 1973 so there is no reason why they can’t beat Kilkenny for the first time in 41 years. Clearly history isn’t holding this Limerick side back. That said, they face their toughest test this Sunday. Yet Kilkenny needed a replay to get the better of Galway this year and extra time to beat Tipperary in the league final. Last year they lost to Dublin and Cork in the championship and Waterford brought them to extra time. They’re still favourites for the All Ireland but their results over the last two years aren’t what they were during their four-in-a-row spell which has to offer Limerick some hope.

Kilkenny have a number of top-class operators but Reid is the bookies favourite to be hurler of the year and is playing great stuff in 2014.He has scored 27 points from placed balls alone this campaign so Limerick will have to keep their discipline if they are to come out of the game with a positive result. In a team packed with big names, keeping tabs on the one with form will be one of Limerick’s main challenges

We mentioned Limerick’s goal scoring potential, but Kilkenny have also found the net regularly this year. They have scored 11 goals in their four championship outings to date as well as 17 goals in seven league matches. They didn’t get a goal in the Leinster final which would mean they’re probably due one on Sunday - but the less they get the better chance Limerick will have of causing an upset

TOO GOOD FOR LEINSTER

Is the Leinster Championship too weak or are Kilkenny too good? That is the question that seems to be asked almost every year. Kilkenny have won 13 Leinster titles in the Brian Cody era and this year they won the title almost at their ease. Galway provided a scare in the drawn game but The Cats won the replay with a degree of comfort. Not much was learned in the Offaly or Dublin matches apart from the fact that Kilkenny are a class above the opposition in the east. Limerick will be hoping to capitalize where others have failed

Limerick have only two survivors (Seamus Hickey and Donal O’Grady) from the 2007 All-Ireland final. Kilkenny, on the other hand, have a side full of experience and quality throughout the field. Henry Shefflin with nine All-Ireland medals and Tommy Walsh with eight are just two examples of the big match experience in the Kilkenny team.

Kilkenny had an uncharacteristically quiet year last year losing to Dublin in Leinster and to Cork in the All-Ireland quarter-final. This has given them the determination not to miss out two years in a row. Already in 2014, they have won the League title and the Leinster title and will be gunning for Limerick on Sunday. Kilkenny generally don’t lose too many big games and you have to go back to 2005 for their last All Ireland semi-final loss. Since then they’ve played in seven All Ireland semi-finals and won them all. Once they get to this time of the championship, they know how to be ready.