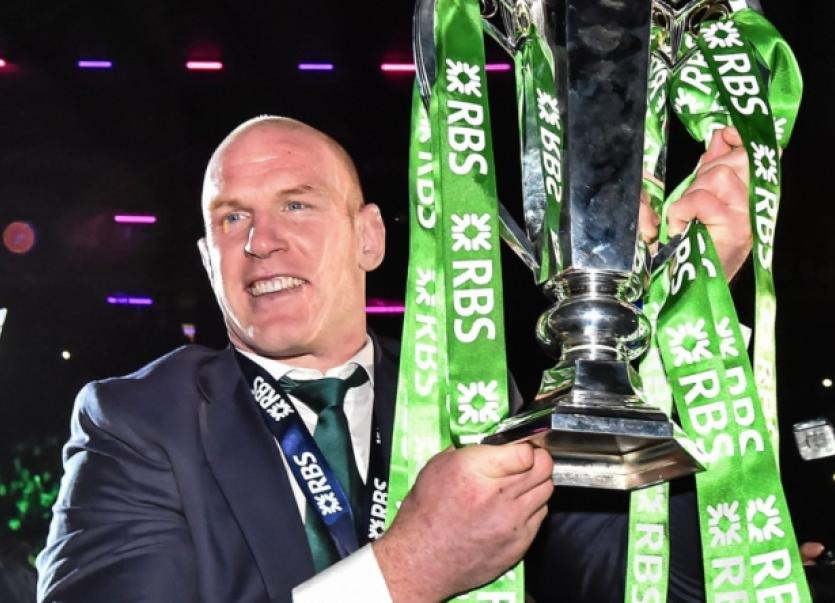 LIMERICK rugby legend Paul O’Connell has said he is “90% sure” of when he will retire from the game - but he stopped short of revealing whether he will continue playing after the Rugby World Cup this October.

LIMERICK rugby legend Paul O’Connell has said he is “90% sure” of when he will retire from the game - but he stopped short of revealing whether he will continue playing after the Rugby World Cup this October.

Revealing that he had spoken about his decision with Brian O’Driscoll, the man he succeeded as Ireland captain, the 35-year-old said this Wednesday: “One of the things he [O’Driscoll] said is he definitely didn’t regret going on another year.

“He had planned to retire and he stayed on and it was probably one of the most enjoyable years of his career. He went on and won a Six Nations Championship. So that was his advice.

“Everyone is different. Everyone is at different stages in their lives and everyone has different reasons to make different decisions. I chatted to a few people but ultimately it will be down to me and my family. Nothing is happening. For me it’s the exact same as the last time you asked me the question. I’m trying to make a decision on when I’ll retire and what I’ll do. I’m 35 now so I’m coming towards the end of my playing days. I’m contracted here in Ireland until next summer.

“The World Cup is coming up so I was always of the opinion that I would either finish after the World Cup or in the summer so I’m still in the midst of that decision.”

Recent reports have linked O’Connell with a move to European champions Toulon, but he said was determined to focus entirely on the remainder of Munster’s season, with a possible Pro12 final, in the offing.

“There are two people in France I chat to every week,” the Young Munster clubman said. “They are probably Ronan O’Gara in Racing Metro and Mike Prendergast in Grenoble. They are two friends of mine. Apart from that, there hasn’t been anything.

“There has been some stuff in the papers, but I suppose because I am coming towards the end of my career and I’m probably finishing with Ireland soon, that is where the speculation is coming from.

“But for me nothing has changed from when I spoke to you guys at the end of the Six Nations. I’m still in the midst of the decision, I probably have to get cracking and make my mind up on what I’m going to do. Probably the summer is the time for that now.”