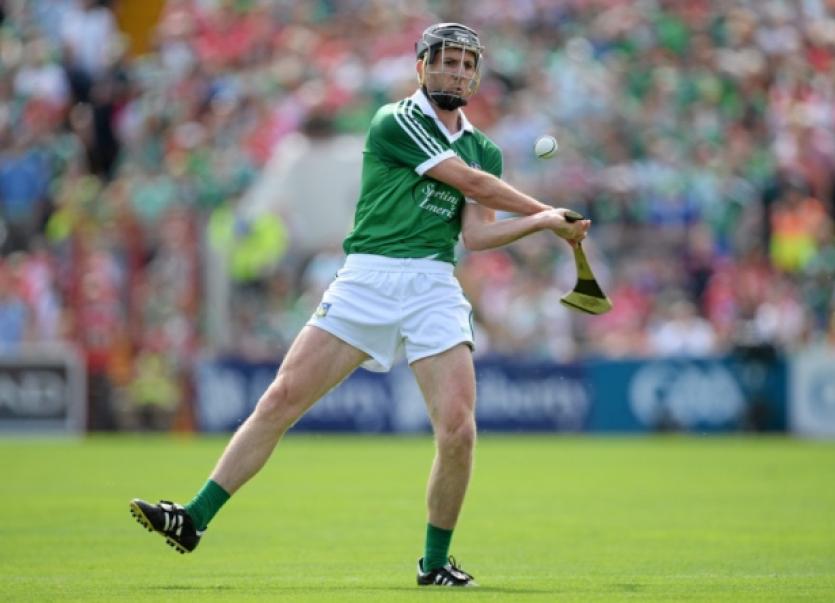 DONAL O’Grady plays in his third All Ireland SHC semi-final this Sunday.

DONAL O’Grady plays in his third All Ireland SHC semi-final this Sunday.

The opportunity is not lost on the Limerick captain and he is confident his team-mates share the view.

“You look around the squad when we get together at the end of training, looking at fellas to make sure everybody realises the importance of it and what it means. And it’s hard to get to a semi-final – there are a few hurdles before you get to within shooting distance. I think the team, without dwelling too much on last year, would have learned an awful lot,” outlined the Granagh-Ballingarry man.

“From the players’ point of view, we’re hoping that we’ve learned a lesson from last year, and learned from the experience in Croke Park. Even though a five week break can have advantages and disadvantages it cleared up injuries. We have a game pretty soon after Wexford and it’s great. It happens to be against the best team in Ireland for the last 10 years or more. It’s good that we’re coming in with a good performance under our belts. The important thing is that we have learned from last year and don’t get caught up in all of that (hype).”

The 34-year old is hoping to use the “hurt” of last year.

“Last year, fair enough, we can say that we didn’t play well but Clare played very well that day. They didn’t let us play well, that was the simple fact of the matter. We were coming on the back of winning the Munster championship, with a great confidence and buzz and we really believed that we could get to the All-Ireland final. In the space of 75 minutes that was all wiped away. We went from the highs of playing in Croke Park, in with a chance of getting to the final, to the lows of opportunity lost. Most of the lads were either playing or involved that day. The hurt of that day should be a motivation in itself. It’s hard enough to get back to a semi-final and to be within 70-75 minutes of a possible final again. Hopefully the experience of last year can help us.”

Sunday is also the third time that O’Grady will face Kilkenny in championship hurling - he was midfield in 2007, centre back in 2012 and now centre forward.

“Everyone will agree that they’re the greatest team to have every played the game, this bunch of players. They’ve freshened up the thing again now – they’re League champions and Leinster champions and it’s a formidable task to get up there at Croke Park. We feel that if we can bring a game that we can trouble them. That’s what we’re hoping we can do,” said the Limerick captain.

Twelve months ago Limerick were favoured to beat Clare, but are underdogs now.

“Obviously the hype isn’t there, playing Kilkenny, and that’s a testament to them. The general feeling among the Limerick supporters is, fair enough ye’re in the All-Ireland semi-final but a lot of people would say, ah ye’ll give it a go, ye’ll give it a rattle, ye’ll make a game of it but ye won’t beat them.”

The lack of confidence can be used as a motivating factor.

“Of course but we’re realistic too. We know that if we’re to beat Kilkenny next Sunday, we need to play on top of our game. We’ll need that extra percentage that we didn’t bring to the table in the Munster final and we’ll need a much better performance than Wexford. There’s a lot of ifs there but what we do have is the manpower and the players to do it. It’s all on the day. If we can all perform to the best of our ability, and most of the squad can come out of there saying that they’ve played well, we’ll have a good chance of getting over the line.”

“Look at Kilkenny, Shefflin is still such a big player for them and you have Tommy Walsh, Fennelly, Rice, some of the names coming into my head that haven’t been involved too much. Their bench is formidable and it shows how well they’re going that these lads can’t get on the team.”