Limerick SFC Team of the Week 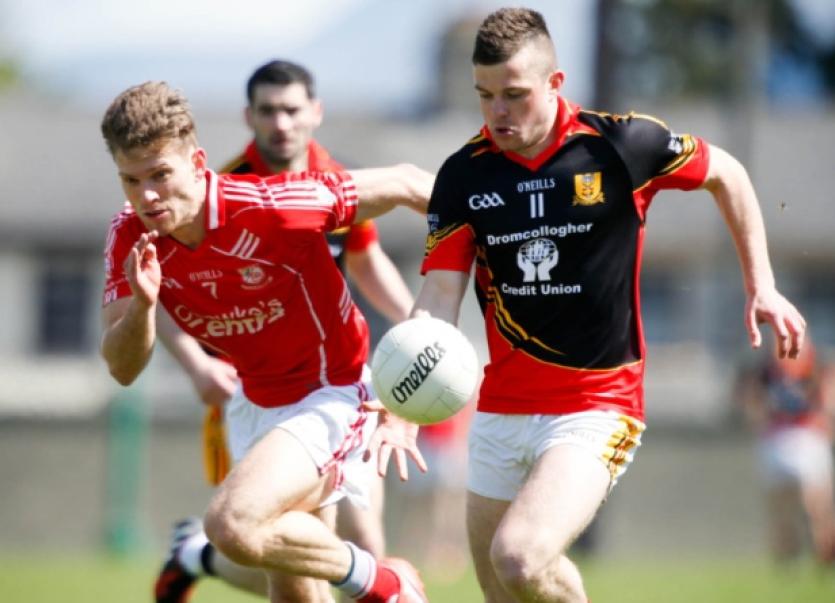 On the back of their win over champions Ballylanders, Pallasgreen lead the way with three players selected.

As the east Limerick side earned their first victory in 10 group games since their return to the senior ranks, Moloney stood firm. Entering the final 10-minutes Pallasgreen were only a goal ahead when Moloney saved brilliantly to deny Mark O’Connell a goal therefore propelled the men in blue and gold back up the field to find their clinching third goal.

It’s a remarkable achievement by Whelan and his Ballysteen colleagues that they played three quarters of the game against Na Piarsaigh with 14-men after a fellow defender was sent off. They still held on for victory, keeping their opponents to just eight points.

The inter-county panellist was selected in the full back line and did a good job picking up some of the Monaleen dangermen at varying times. Also broke forward with purpose and kicked a first half point.

Pallasgreen were 9/2 outsiders to beat champions Ballylanders but corner back McCarthy set the ball rolling from the off with a number of interventions in defence. Strong in the challenge and on the ball, he helped ensure the champions scored just four points from play.

The county U-21 man is making big strides this season. Started the year playing Sigerson Cup and really enjoyed this outing in Tournafulla, despite his side losing to Newcastle West. He surged forward time after time and ended as his team’s top scorer from play with three points.

The inter-county man was named in the half back line but played much in midfield. He showed great pace and strength to try and gain an upperhand for Monaleen in the middle third where Dromcollogher-Broadford were on top for long stages.

A losing start for the city side in life in the top flight but plenty positives for the remainder of the championship. The role of Browne at wing back was one positive. The Caherdavin men will wonder what might have been had he managed to find the net late in the opening half.

The towering Limerick U-21 captain provides a top class platform for his club side. Won ball after ball to set the ‘Saints’ on the forward foot where Eoin Hanrahan and John Mullane provided the finishing touches with scores aplenty.

Especially in the first half, Treacy appeared to have ball in hand every time St Kierans were on the attack. Adare found it hard to stop him with ball in hand and as a result he was often the link-man for scores.

While John Mullane and Eoin Hanrahan kicked the scores, Jeffrey McNamara got a lot of credit for making the St Patricks attack operate. He drifted into the middle third of the field and did well to pick out the movement of his fellow forwards with pin-point passes.

The inter-county man kicked five top drawer points from play in the win over Monaleen. On more than one occasion not only did he kick the ball over the bar but was also responsible for starting the move well out the field. His pace and direct running set him out from all others on view.

It was three goals that proved decisive in Pallasgreen’s win over the champions but Barry kicked many of their points. Especially in the first half he set Pallasgreen on a solid foundation with some good scores from play and from frees. He finished with 0-6 from a total of 3-9.

As well as finished with four points Neville gave an exhibition of kick-passing and creating chances for others. Was selected in the full forward line but drifted all over the field, especially with his side down to 14-men.

Almost led Adare to victory over St Kierans. He brilliant goal midway through the second half set them on the way but they just got caught in the final 10-minutes. Lyons ended with 1-3 from play and was involved in the heart of all that was good about their display.

The pint-sized attacker set Newcastle West on their way with a first half goal. As well as kicking frees he also popped up with two points from play for his side. Finished with 1-4 in a game that his side won by 2-0.