TJ Ryan: “We threw the kitchen sink at them and they still came up on top” 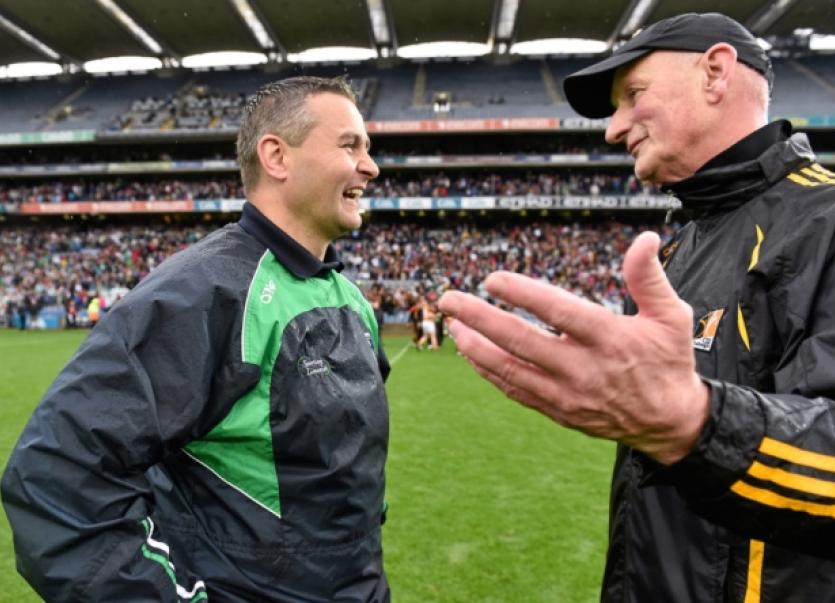 “WE threw the whole kitchen sink at them and they still came up on top - so at the end of the day you have to give Kilkenny credit for that.”

“WE threw the whole kitchen sink at them and they still came up on top - so at the end of the day you have to give Kilkenny credit for that.”

The words of Limerick manager TJ Ryan as he tried to assess the two point defeat.

“Maybe we will end up saying they got two goals and we didn’t get any - like the Munster final, goals win matches. We had a couple of half chances and needed a break of two but it didn’t happen,” he said with a shake of his head.

“It’s hard to take because preparations had gone well - I felt training had gone well and we knew and I was confident coming up that we were going to give this a hell of a battle.”

And his side certainly did almost everything required.

“It was an incredible performance - we came up against an incredible team today. All around the pitch I thought the battles were going our way. It was one of those games that small things were going to win it - we had huge performers all over the pitch and probably needed one of two things to go our way.”

On a bitterly cold and rain drenched Croke Park, goals were always going to be key.

In both halves, Limerick momentum was ended by Kilkenny green flags.

“The second goal probably was a sucker punch because we had been going well at that time. The free goes in an the ball is in the net and that is hard to take but look we went back up the field and even towards the finish there were a couple of half blocks and the ball spins this way and that way and a ball shaves the post and stuff like that - it was tight,” recalled the manager.

The second goal put Kilkenny in the driving seat to victory but the first came at a crucial time before half time.

“That goal we would have been disappointed with - I’m not sure if one or two of our guys thought he was going to give a free but look the ball ended up in the back of the net and that’s it,” outlined Ryan.

Limerick did build a winning position until the final quarter failings.

“From our point of view I thought we weathered the storm reasonably well in the second half. We got five points in a row and then they got the goal to get them back into the game. We have to give them credit - they are an incredible team,” he said.

“We gave it everything and just needed a couple of things to go our way in the finish with one or two balls over the bar but it didn’t happen. We wanted to win, we came to win but we didn’t.”