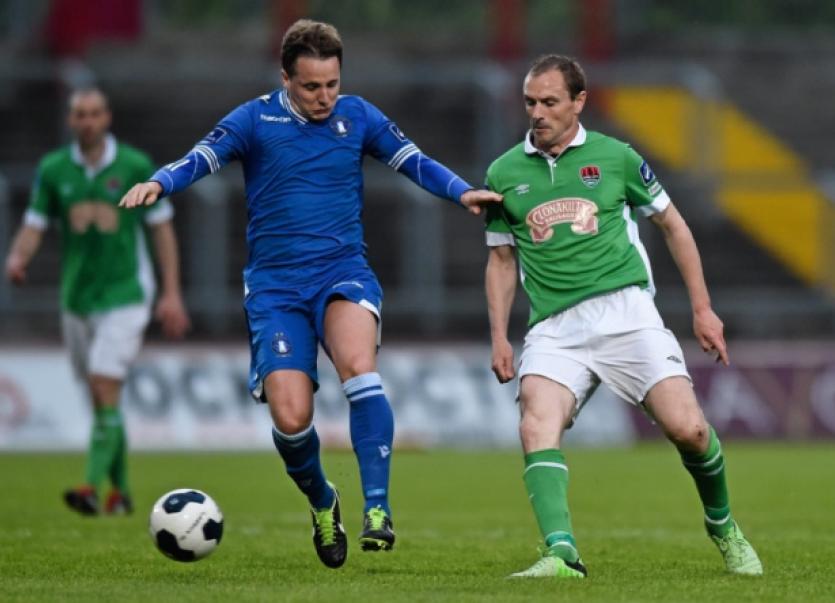 AN UNDERSTRENGTH Limerick FC side suffered a disappointing 2-1 defeat to Douglas Hall in their Munster Senior Cup final clash played at Turners Cross on Monday night.

AN UNDERSTRENGTH Limerick FC side suffered a disappointing 2-1 defeat to Douglas Hall in their Munster Senior Cup final clash played at Turners Cross on Monday night.

Limerick manager Stuart Taylor made 11 changes to the team that defeated over Saint Patrick’s Athletic three days earlier as the Blues chased their 13th success in the competition.

Douglas Hall, who had beaten Cork City and Cobh Ramblers in earlier rounds, hit the front on 24 minutes when Shane Walsh was adjudged to have taken down Derek Varian in the box and Kevin Kelleher stood up to coolly convert.

Before half-time, Limerick striker Tam McManus had a header cleared off the line, and shortly after the resumption, Darragh Rainsford saw a 20-yard shot pushed away.

Rainsford also saw a free-kick saved on the line before Limerick levelled approaching the midway point of the period, as Val Feeney picked out Ross Mann and he showed his pace and finishing to fire Limerick level.

On 73 minutes, captain Tony Whitehead drove over after a scramble in the box, and then Rainsford was denied well by Sebastian Kraviec who got down low to push his shot around the post.

Limerick face a trip to United Park this Friday evening to take on Drogheda United in a crucial SSE Airtricity League Premier Division tie at 7.45pm.