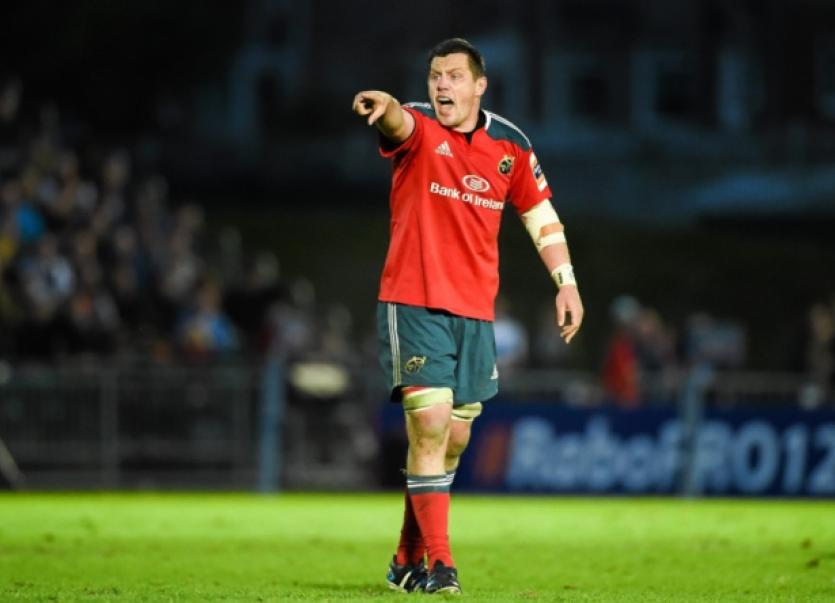 MUNSTER Rugby has confirmed that number eight James Coughlan will leave the province at the end of June.

MUNSTER Rugby has confirmed that number eight James Coughlan will leave the province at the end of June.

Coughlan is currently contracted to the province until June 2015, but Munster Rugby have accepted the player’s request for an early release from contract and support Coughlan in his decision to move abroad.

After playing 139 times for Munster and scoring 13 tries, James Coughlan played his final game for the province against Glasgow Warriors in the RaboDirect PRO12 semi-final at Scotstoun Stadium earlier this month.

Munster’s options at number eight next season will be bolstered by the arrival of Robin Copeland from Cardiff Blues this summer.

Coughlan, who is tipped for a move to France, said: “This was a difficult decision for me to make. I was presented with an opportunity that I had to take for myself and my young family as we plan for our future.

“I want to thank Garrett (Fitzgerald) and the Professional Game Committee for their support in facilitating my request to leave the province.

“Playing for Munster has been a dream come through. I never thought I would have achieved what I have and the whole experience has been life-changing.

“I am so thankful for my career and the incredible support I have received along the way. It is with the heaviest of hearts that I am leaving but an amazing challenge awaits me and my family.”