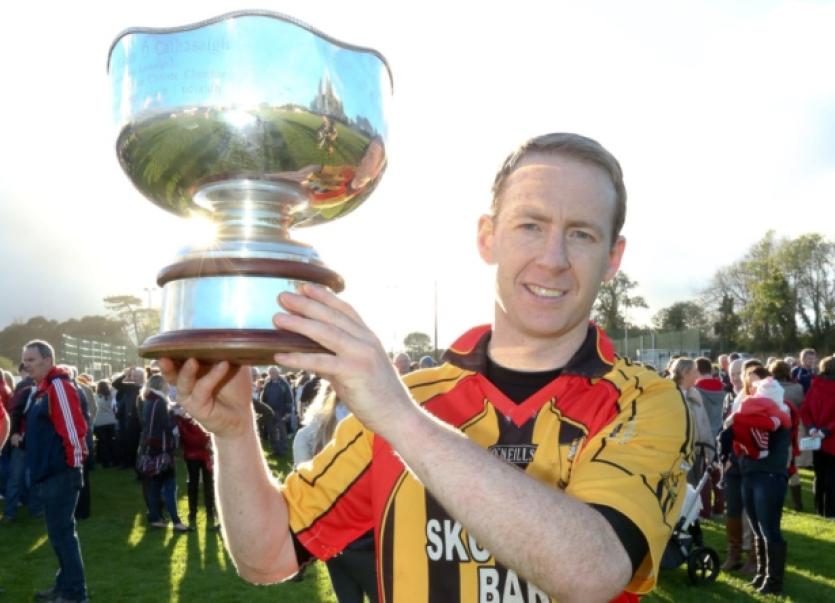 CHAMPIONS Ballylanders are among just two clubs that are yet to finalise their senior football managements for 2015.

CHAMPIONS Ballylanders are among just two clubs that are yet to finalise their senior football managements for 2015.

Unlike their hurling counterparts, it appears that the majority of Limerick SFC teams have opted for internal management set-ups.

Ballylanders and Adare (who are the only remaining senior hurling without a manager) are the last of the 12 senior clubs to confirm their football managements.

Another recent championship winner, Monaleen also have an internal hero at the helm; Muiris Gavin.

Abbeyfeale’s Fr Caseys are the only other club to win a Limerick senior football crown this millennium and they have returned to John Colbert. The former Limerick minor manager guided them to the 2006 title and has since enjoyed huge success with north Kerry club, Finuge.

Ballysteen have brought Niall Crowley as coach. The former Limerick U-21 football selector was previously involved with St Kierans.

‘Kierans have an internal three-man set-up for 2015 with Patrick Windle, Tommy Quinn and Mikey Greaney.

Rathkeale, as they are now officially known after a change from St Marys Sean Finns, have opted for an outside led management with Listowel duo Billy McElligott (manager) and Graham Shine (fitness training/coach) at the helm along with Brian Duggan (selector).

The Limerick SFC, and Limerick IFC, will commence on the weekend of April 24-26.

Round Two is scheduled for the weekend of May 8-10 with another round of action in June, before a break in July.

It is understood that the Master Fixture list is to be with club’s in the coming week and ratified at the next County Board meeting on February 24.