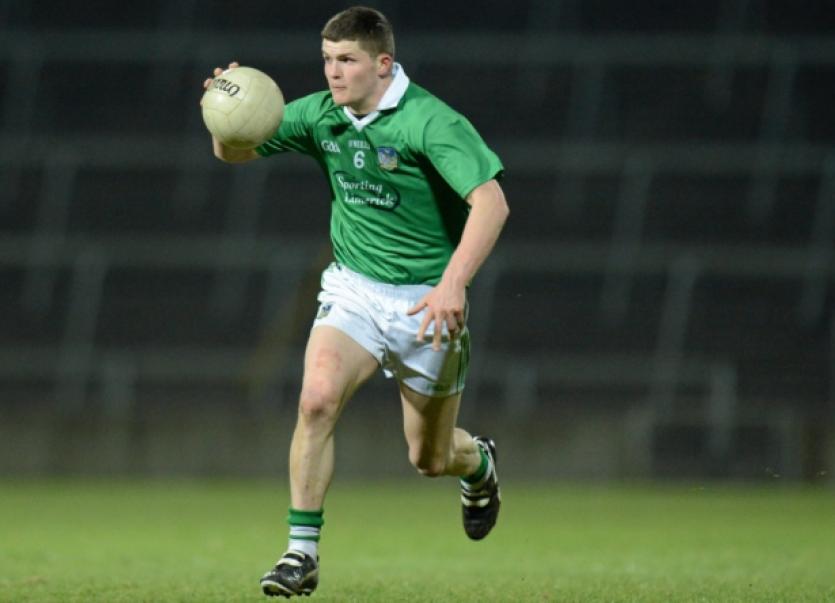 NEWCASTLE West’s Iain Corbett is facing into his third season as a Limerick senior footballer.

NEWCASTLE West’s Iain Corbett is facing into his third season as a Limerick senior footballer.

Maurice Horan fast-tracked him from the minor ranks but according to Corbett it is only in 2014 that he feels comfortable.

“It’s a gradual growing process - it’s rare that you see a 17 year old coming on and taking a championship game by storm. It’s a process to bulk up and get used to championship football,” he explains.

“It’s different completely - even club senior football and inter-county there is a massive gap,” said Corbett.

“I got a few more games during the league this year and I tried to consolidate my place in the team and hopefully I will be in the starting 15 next Saturday night.”

Corbett has played in the full forward line, the half forward line and in midfield but this season he has operated in the half back line.

“I was always more of a natural back - it’s where I am more comfortable,” he said.

“This is my third year - three of us came in myself, James O’Meara and Darragh Treacy. There are a few younger lads but there are still plenty old heads like Galvin and others. A lot of lads that I played minor with have come through, like Micheal Brosnan, Mike Fitzgibbon and others. The new faces gives everyone a lift - we used so many in the league that no one is safe in this team. I was with Maurice (Horan) for the last two years and he gave me my chance so I am grateful for that but everyone was starting fresh under John and all fighting for their place,” outlined the Newcastle West man.

That competition for places appears to be a key ingredient this season for all.

“It’s getting more physical - there are five or six for every line and all want to be in the team. There are a few big hits and maybe it can boil over but it’s all competitive,” said Corbett with a smile.

Three years into his senior career, Corbett appears more comfortable in his surrounds.

“It’s a balancing act to get it all right. I have the mother at home trying to get all the right food into me and the girlfriend at home doesn’t see too much of me. Social life goes out the window - it’s just all football. I would still get the odd text from fellas asking if I am going out and I would have to say no I can’t because I have championship in a few weeks. I just try to hang around with the fellas on the panel and that’s where team camaraderie is so important.”

He added: “It’s six months of the year and more to try and get a championship win”.

That opportunity to get the championship win comes this Saturday.

“Championship just around the corner and that’s the ultimate goal - at the end of the day it’s all about championship. We beat Waterford in my first ever championship game but so far the Munster championship hasn’t had too many highs,” he stated.

“In the past Limerick were very solid and pushed the Corks and Kerrys so close and were unlucky not to get over the line. We want to get back to that. We are battling for the third best team in Munster realistically. We were the only team outside of Division Four (the big two aside) but now Clare and Tipp are coming up and everyone is trying to bridge the gap,” said the 22-year old.