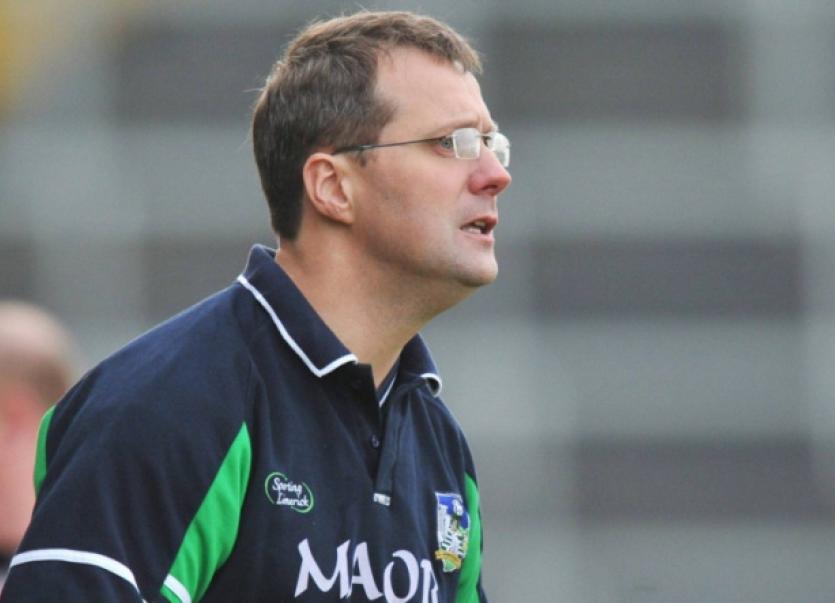 THE Munster senior football championship has not been kind to Limerick in recent years.

THE Munster senior football championship has not been kind to Limerick in recent years.

However, the fresh faces of management and in playing personnel appear to have brought a welcome freshness to 2014.

Limerick football has never known the likes of the search that John Brudair, Mike Fahy and Declan Brouder undertook.

When completed they had re-engerised the panel and it was left to coaches and trainers Diarmuid Mullins, Brian Carson and Mikey Kiely to do the rest.

Back in 2000 when Limerick won the Munster U-21 title Declan Brouder was part of the winning team that was to fore the backbone to the next decade of senior teams.

Now he is at the forefront of guiding another new generation.

“I think there are lots of quality footballers in Limerick - sometimes because our club championship isn’t the strongest against the likes of the Kerry or Cork clubs or our underage structures aren’t as strong, lads don’t come in as confident or with a swagger that you might see in Kerry or Cork. But they have proven that they are not out of their depth at this level,” explained the Newcastle West man.

And there certainly is a new-look to the panel and how refreshing it was to see that close to 70 players put themselves forward for trials to make the panel.

Limerick used a remarkable 34 players out of their then panel of 37 during their seven game NFL campaign.

Just Johnny McCarthy and Paudie Browne played in every minute of every game as a total of 14 players saw league action for the first time with Limerick.

The vast numbers of played used presented a welcome selection headache for manager Brudair and selectors in terms of their championship panel and ultimately the line-up against Tipperary.

And, making it all the more remarkable is that the panel has been moulded without the services of some players that would be welcome additions. Andrew Lane, Stephen Lavin, Bobby O’Brien, Eoghan O’Connor, Derry O’Connor, Seamus O’Carroll and Jim O’Donovan are all absent for varying reasons and all have inter-county championship.

“We have learned a lot in the league - about the new players and about the lads that are there for a few years,” said Brouder.

“Saturday will tell the real truth of where we are at.”

Outside of Limerick, their is growing confidence that Tipperary can break their Munster SFC hoodoo.

“They were pretty comprehensive in most of their victories- they are a team on the up,” said Brouder of Tipperary, who won the Division Four NFL title.

“They have an underage structure they really seems to be coming to the fore. I think they have a minor All-Ireland and coming to a stage when they have a nucleus of players from those teams that are expected to step up. They will come here full of confidence after winning Division Four.”

Certainly there is an awareness within the Limerick camp that nothing will be won lightly on Saturday.

“I think there is nothing between the teams - it will be down to who wants it more on the day and about getting the players motivated. I think this will be a big battle with very little in it,” said Fahy.

“They won’t have any fears but likewise Limerick wont have any fears. We have done a lot of work over the last few months and we have to believe in our own ability and not worry too much about others.”

He added: “If you beleive in yourself that is a lot of the work done”.

“Champions is the most important game of the season and the game to win,” stressed Fahy.

Focus doens’t appear an issue with management and getting that correct is vital to Limerick. The pain of recent years will be matched by Tipperary. Both sides have forwards that can score in this company and therefore getting primary possession is critical and where Limerick may hold the advantage.