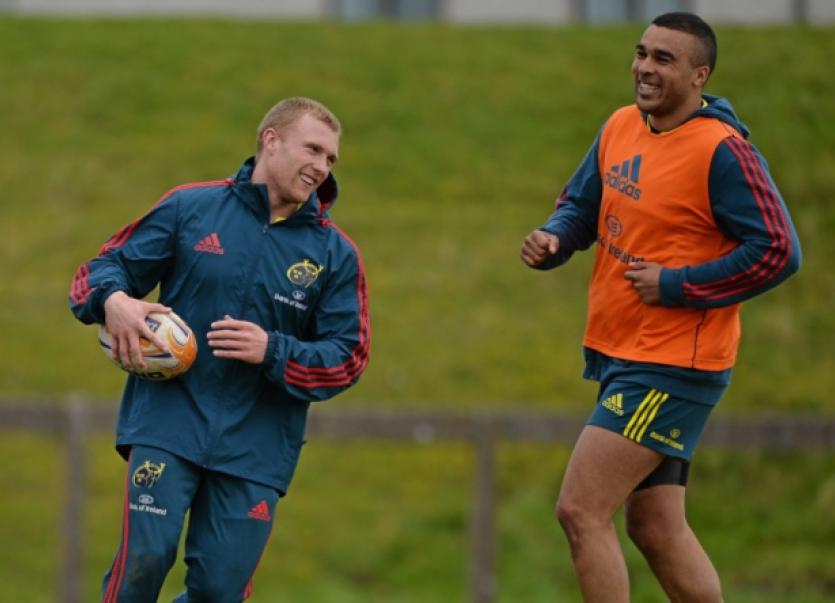 MUNSTER coach Rob Penney insists the sense of hurt squad members may feel over their omission from Ireland’s 6 Nations Championship winning squad can only serve as a motivation for players in the short-term.

MUNSTER coach Rob Penney insists the sense of hurt squad members may feel over their omission from Ireland’s 6 Nations Championship winning squad can only serve as a motivation for players in the short-term.

Just three Munster players, captain Paul O’Connell, scrum-half Conor Murray and flanker Peter O’Mahony, started for Ireland in their title-winning victory over France in Paris on Saturday, while there wasn’t a single player from the province listed among the replacements.

While Munster resume RaboDirect PRO12 action against Treviso at Thomond Park this Saturday (7.15pm), supporters are already looking forward to the mammoth PRO12 showdown with Leinster at the Aviva Stadium on Saturday week and the glamour Heineken Cup quarter-final with Toulouse in Limerick seven days later.

Penney agreed the small Munster representation in the Irish squad through the 6 Nations might provide an edge for players, but such a motivation is short-term.

“There is that way of looking at it. You would expect a response, but it only lasts for a short period of time,” Penney insisted.

“In terms of being able to use it as a motivational force, there is no longevity to it. You can only be bitter for so long. The other side of the coin is that the Leinster boys have been working together and are battled hardened over the past three months, preparing for internationals and winning an international tournament.

“I am loathe to look beyond Treviso, but if we just basically think about the ramifications of what has happened over the past three months, it is going to be Munster verses the 6 Nations champions and a hardened 6 Nations champions side and a quality side. The beyond Treviso block (of games) is going to be one which is massively challenging. There are a lot of people here who are hurt that they haven’t made the group. Let’s get through this weekend before we start talking more about that.”

Munster are boosted by the return of winger Keith Earls from injury for Saturday’s Treviso clash. 6 Nations winners Murray and O’Mahony are set to rested for Saturday’s clash with Treviso. Ireland captain Paul O’Connell did attend the Munster squad session at UL on Tuesday and could perhaps feature against the Italians this weekend.