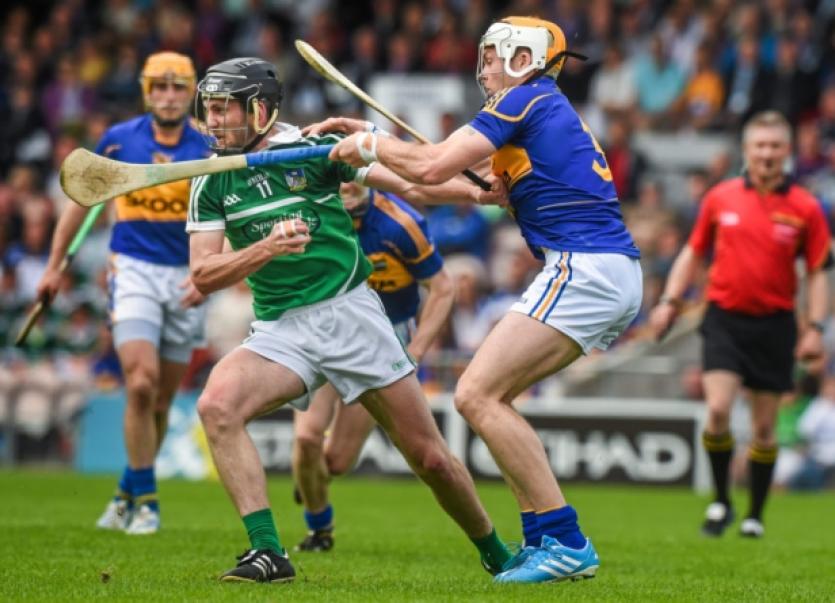 LIMERICK will play the Munster hurling final on Sunday, July 13, in Thurles or Pairc ui Chaoimh following their thrilling win over Tipperary this Sunday.

LIMERICK will play the Munster hurling final on Sunday, July 13, in Thurles or Pairc ui Chaoimh following their thrilling win over Tipperary this Sunday.

While Limerick are through to their second final in succession thanks to their 2-18 to 2-16 win over Tipperary, the other side of the draw is still at the quarter-final stage as Cork and Waterford meet in their replay in Thurles again next Sunday. The winners of that will play All Ireland champions Clare in the semi-final a week later in Thurles.

The Munster final is scheduled for Sunday, July 13, but Limerick will definitely have to travel. If they’re up against Clare or Waterford the game will take place in Thurles but if Cork come through then it will be played in Cork as the counties have a home-and-away arrangement and met in Limerick last year.

Limerick could once again have both senior and minor teams in Munster final action again this year - but the Limerick minors first have to get the better of Cork in their semi-final in the Gaelic Grounds on Wednesday, June 25. In what are busy times for Limerick hurling, the county U-21 side play Clare in the Munster championship opening round this Wednesday in the Gaelic Grounds. Senior star Shane Dowling will be again a key man.

Meanwhile, the Limerick footballers will be in Qualifier action on the weekend of June 21/22 following their disappointing loss to Tipperary on Saturday while the county junior team will play Cork in the Munster semi-final also that weekend.