Superb Limerick hurlers back in Munster final after Tipperary win 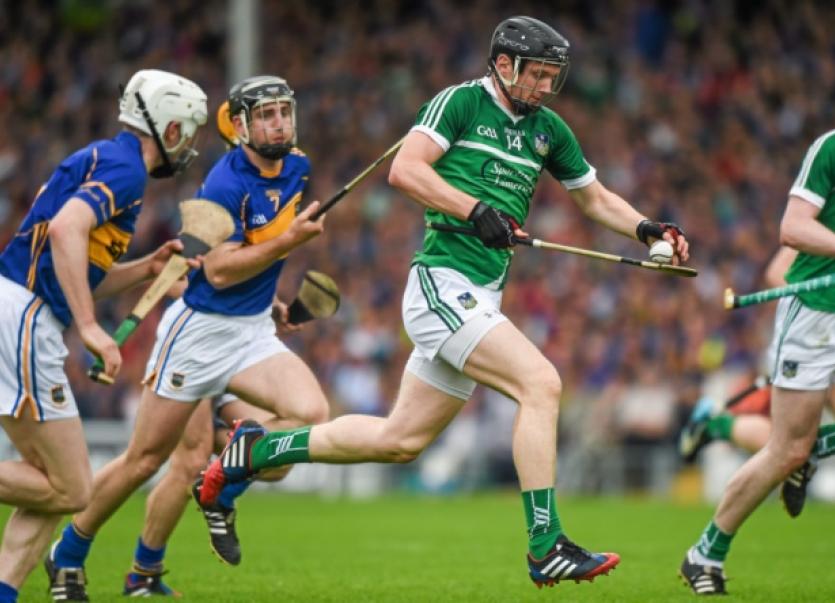 THE Limerick senior hurlers have beaten Tipperary in Thurles for the first time since 1973.

THE Limerick senior hurlers have beaten Tipperary in Thurles for the first time since 1973.

This Sunday afternoon superb Limerick were 2-18 to 2-16 winners in Semple Stadium in the Munster SHC semi-final.

The win books Limerick a spot in the provincial decider on July 13.

Putting their Munster title on the line, Limerick’s snatched victory with a late flurry of scroes.

A 67th minute Shane Dowling goal looked to have sent the game to a replay until Tom Ryan and Seamus Hickey popped up with the winning points in injury-time.

The first goal came from a 21-metre free in the 15th minute when Dowling blasted to the net.

Indeed TJ Ryan’s Limerick were very much reliant on Dowling for scores with 1-6 from frees in the first half out of 1-8 for the team.

It was the 26th minute when Declan Hannon had Limerick’s opening score from play. At that stage if was 1-8 to 1-4 with Bonner Maher goaling for Tipp in the 20th minute.

Tipp finished the half on top to level at the break, 1-8 each.

On the resumption Limerick were knocked back with a Gearoid Ryan inside 90-seconds.

But credit all for the response with Paul Browne, Dowling (free) and two from captain Donal O’Grady in succession for a 1-12 to 2-8 lead on 43-minutes.

From here to the end it was tit-for-tat, but with Tipperary more often than not appeared in the driving seat.

Mi-way through the second half the home side were 2-14 to 1-15 clear with John O’Dwyer hitting two fine scores.

When subs Lar Corbett and Denis Maher had them 2-16 to 1-16 clear in the 67th minute Limerick’s grasp on the Munster title was slipping.

Even more so when a Graeme Mulcahy goal was called back by the referee for a foul in the build-up.

But Limerick showed that there is huge character in their team and their fitness levels ensured they were capable of a grandstand finish.

Three minutes from time, Kevin Downes soloed forward and passed to Na Piarsaigh club-mate Dowling and he kept his composure to blast high to the net to level the game for the eighth minute.

Not content with a replay Limerick poured forward and it was sub Tom Ryan that regained the lead in injury time.

To seal the win Seamus Hickey surged forward from defence to ensure a two point winning margin in Thurles.