Surprises in Limerick U-21 football team to play Cork 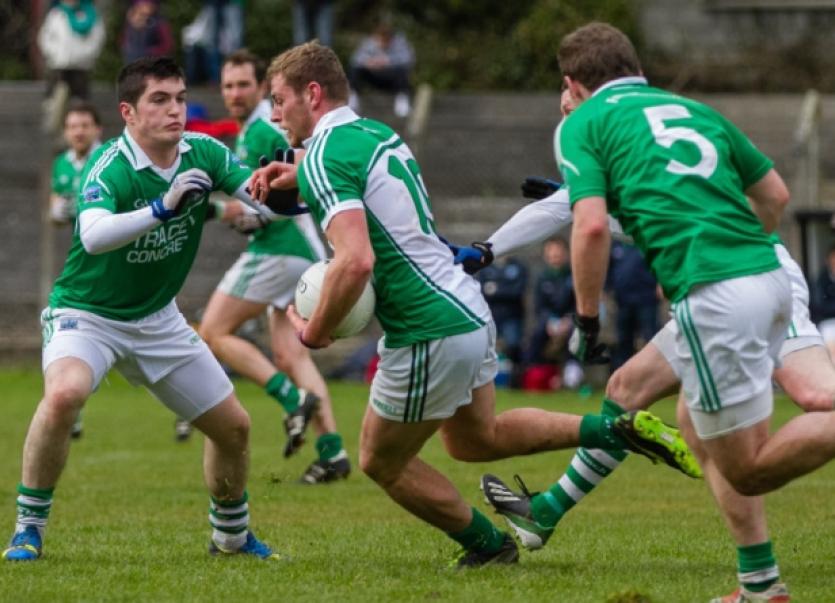 THERE are a number of surprise omissions in the Limerick U-21 football team to play Cork this Wednesday night in the Munster championship.

THERE are a number of surprise omissions in the Limerick U-21 football team to play Cork this Wednesday night in the Munster championship.

The game against the defending champions takes place in Pairc Ui Rinn at 7.30.

They have confirmed full back Kevin Brosnan as their captain ahead of the provincial semi-final.

The Limerick team is noteworthy for the absence of Darragh Treacy. He has started a number of National League games this season for John Brudair’s senior side and has played inter-county U-21 football for the past two seasons and also have senior championship experience.

Among the others not included is Paul White, who was on the U-21 team last year and is currently on the senior panel.

The team does include three who have played in the league in recent weeks - Gearoid Hegarty, Danny Neville and Mike Fitzgibbon. Indeed all three have started for John Brudair’s senior side.

Remarkably there are 13 clubs represented in the starting team. City side St Patrick’s are the only club to have multiple players on the team.

Three of the four sides that reached the premier U-21 football championship semi-finals (St Marys Sean Finns, Drom-Broadford and Newcastle West) last December are without representation.

While Limerick received a bye into the semi-final, Cork were quarter-final winners over Kerry. The bookies make The Rebels the hottest of 1/50 favourites to reach another final, while Limerick are 10/1 to create a shock.