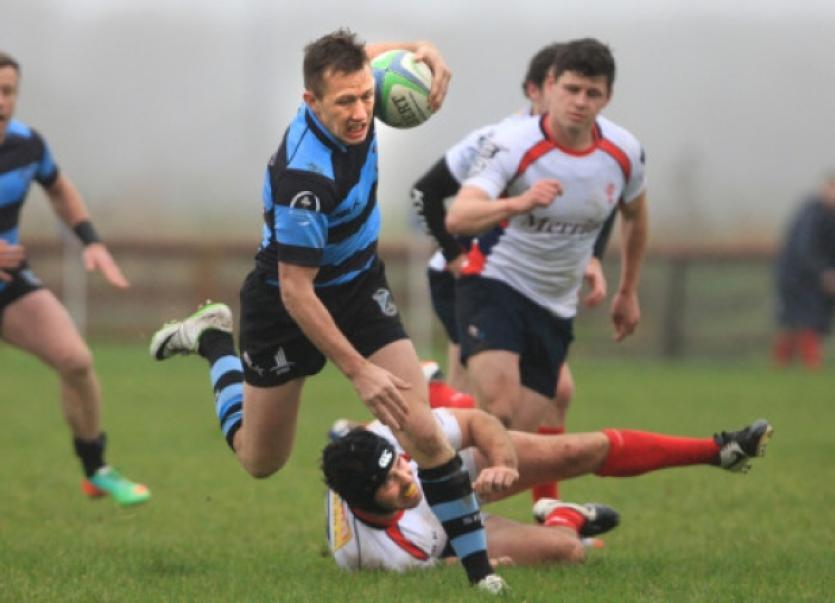 MUNSTER’S stunning home defeat to Clermont Auvergne in the European Champions Cup at Thomond Park on Saturday night has left Anthony Foley’s side facing a huge task if they are to make the knock-out stages of the competition.

MUNSTER’S stunning home defeat to Clermont Auvergne in the European Champions Cup at Thomond Park on Saturday night has left Anthony Foley’s side facing a huge task if they are to make the knock-out stages of the competition.

Foley takes his battered and bruised charges to the bear pit atmosphere of the Stade Marcel Michelin for the rematch with Clermont this Sunday in the knowledge that anything less than a victory will make progress to the quarter-finals for the 16th time in 17 seasons very remote.

Meanwhile, on the club front, there were five Limerick wins in an action-packed weekend of All-Ireland League action.

1. MUNSTER BACKS TO THE WALL

MUNSTER’S first home defeat to a French side in European club rugby competition leaves Anthony Foley’s charges face an uphill battle to make the last eight. Munster head to the Stade Marcel Michelin this Sunday looking to atone for their weekend loss. No visiting team has managed to beat Clermont at the Stade Michelin in Europe since Sale Sharks recorded a 32-15 win there in October 2008. And Clermont held a 77-game unbeaten home run at the venue in the French Top 14 until Castres ended it last May.

IN a teak tough pool where three sides, Clermont, Saracens and Sale, all harbour realistic ambitions of making the quarter-finals, the outcome may not be decided until the final weekend of Pool fixtures. With the three best runners up from the five pools advancing to the knock-out stages as well as the pool winners, unlike previous years when just two best runners-up from six pools joined the six table toppers in the last eight, every point is crucial.

Obviously, Munster would dearly love to record a win in Clermont this weekend, but should Foley’s side pick up a losing bonus point their hopes of progressing might are likely to be still alive heading into January.

3. MUNSTER ‘A’ LOSE TO WARRIORS

WHILE Munster’s disappointing defeat to Clermont captured much of the attention over the weekend, the province’s A side also suffered a setback to their hopes of progressing to the knock-out stages of the British and Irish Cup.

Mick O’Driscoll’s side suffered a disappointing 23-18 defeat at CIT as a strong second half comeback saw English Championship side Worcester Warriors make it two wins over the Irish province in Pool 3 of the competition.

The defeat leaves Munster A in second place in the pool, eight points adrift of table toppers Worcester.

Munster ‘A’ now travel to face Moseley at Billesley Common next Saturday afternoon in Round 6 of the B&I Cup.

GARRYOWEN’S hopes of bouncing straight back up to Division 1A of the All-Ireland League suffered a setback when the ‘light blues’ lost 6-10 to table toppers Galwegians at Dooradoyle. This was a frustrating afternoon for Garryowen who have now slipped 11 points behind ‘Wegians in the table.

However, elsewhere in 1B, there was good news for the two Limerick sides as UL-Bohs defeated Corinthians and Shannon edged out Malone.

UL-Bohs moved up to sixth place in the table after ending a six game losing run in 1B, while Shannon are up to eighth after recording their third win of the campaign.

IN Division 2A of the AIL, Thomond’s promotion hopes suffered a setback when the Fitzgerald Park side slipped to seventh place in the table on the back of a 34-3 defeat to Blackrock College at Stradbrook.

However, there was better news for two Limerick sides in 2B with both Old Crescent and Richmond recording precious wins.

Old Crescent recorded a 37-5 bonus point win at home to Sligo at Rosbrien, while Richmond recorded a vital 17-12 away win over Navan.

Crescent are now in a more comfortable twelfth place in the table, while Richmond can breathe a little easier in fourteenth.