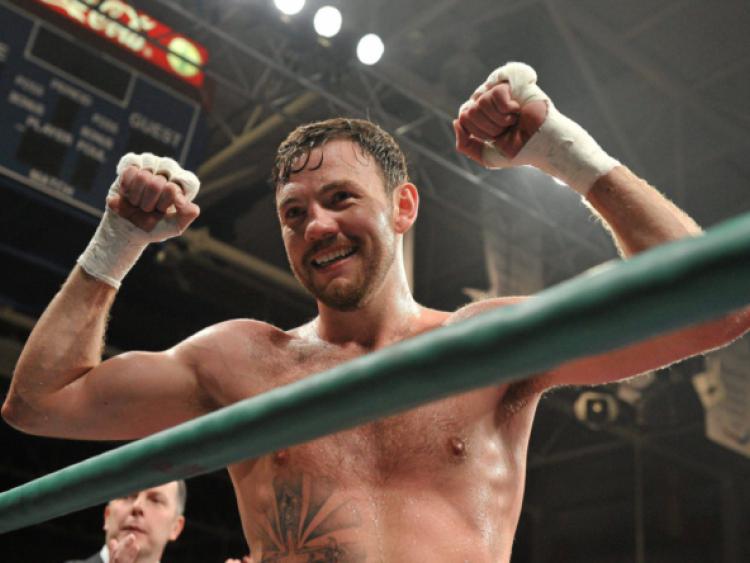 The 30 year old Castleconnell man faces the unbeaten Matt Korobov for the vacant WBO world middleweight title in the early hours of this Sunday morning at the Cosmopolitan Hotel, Las Vegas.

The former star St Francis Boxing Club amateur is now in his eighth year as a professional boxer and this weekend will be his second world title fight - in June 2012 he lost to Julio Cesar Chavez Jr in Texas.

Lee relocated to London late in the summer of 2012 and hooked up with Adam Booth and both have been on a winning run of five straight wins.

The tall 6’2 Limerick fighter’s last fight was at Madison Square Garden in June 2014 when he knocked out world title contender John Jackson with a devastating right hook in the fifth round.

“I relish this opportunity to fight for the WBO middleweight title; I have never been more ready to win the title. I am totally focussed on the fight and I’m ready to take care of business on Saturday night,” said Lee this week.

“I have learnt a lot over the years, I’ve been in different fights and training camps and I’ve picked up a lot of experience along the way. I’ve fought a lot of different guys with different styles, been in different situations, faced adversity, and I fought my way through. This is my time and my date with destiny.”

Lee is no stranger to fighting in America; he has fought there 21 times including three times in Las Vegas.

The former Olympian brings a pro record of 33 wins from 35 outings into the weekend’s title fight. Of the 33 wins, 23 have been KO’s.

His Las Vegas opponent has an unbeaten record of 24 fights with 50% knockouts.

The title fight will only be able to be viewed on Box Nation television.